Much like the play’s own traumatised characters, Stuart Slade’s BU21 feels precarious, but ultimately achieves great depth through cathartic honesty. The intimate six-hander, now playing at Trafalgar Studios after a successful run at Theatre503, tells the story of six people who have been scarred by a terrorist attack on flight BU21 (a fictional attack that takes place in the very-near future). The play explores their varied experiences predominately through monologues directed at the audience. Largely using the character of Alex as his mouthpiece, Slade attempts to address the potential hypocrisy of writing a commercially-produced play that critiques the commodification of tragedy. Slade seems acutely aware of this possible pitfall, and this self-awareness is partly what allows the play to narrowly avoid becoming cheap “misery porn” (to use his own term).

Furthermore, texts that rely heavily on narrating past events have the potential to quickly become tiresome and lifeless, but Slade manages to overcome this hazard as well by putting the dramatic emphasis not on what happened to these people, but on the power of telling their stories. We see these three-dimensional characters stumble, hesitate, and go on tangents as they struggle to find words that accurately describe the experience that shattered their sense of reality. The monologues even include many moments of levity, which could have been distasteful if they didn’t arise so organically from the stories. 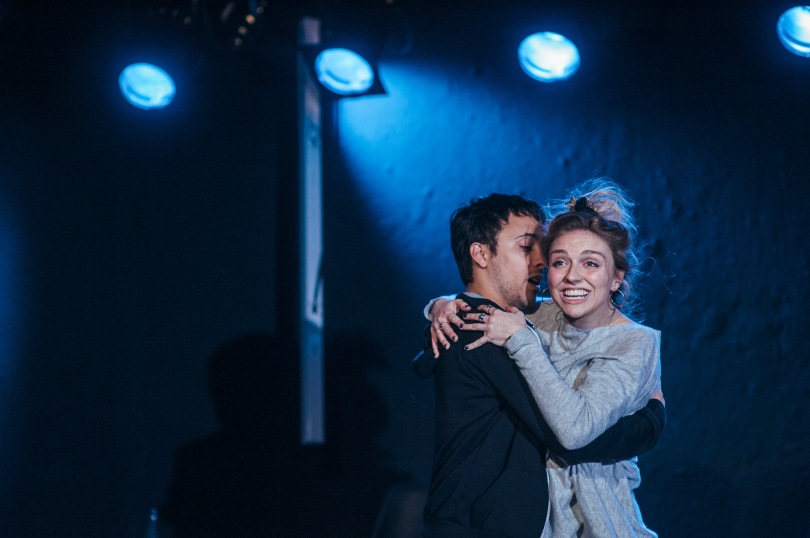 The small cast portrays these six characters with striking sincerity. Every character feels fully alive and real, with each actor perfectly embodying their character’s own distinct struggle. Dan Pick’s direction is also high effective, helping to bring the characters to life while utilizing the intimate space to envelop us in the action. The set (Alex Doidge-Green), lighting (Christopher Nairne), and sound (Owen Crouch) worked in tandem to create a sensory experience that mirrored the unstable psyche of survivors on the road to recovery.

Though the play doesn’t entirely manage to avoid assaulting us with its own relevance, there is genuine value in tackling the sensitive topic in its critical manner. BU21 doesn’t aim to disturb us or teach us a lesson, but rather challenges the numbness we feel as a society constantly bombarded with tragic news. Slade achieves his goal not through sob-stories, but through stark honesty, making the impersonal feel profoundly personal.