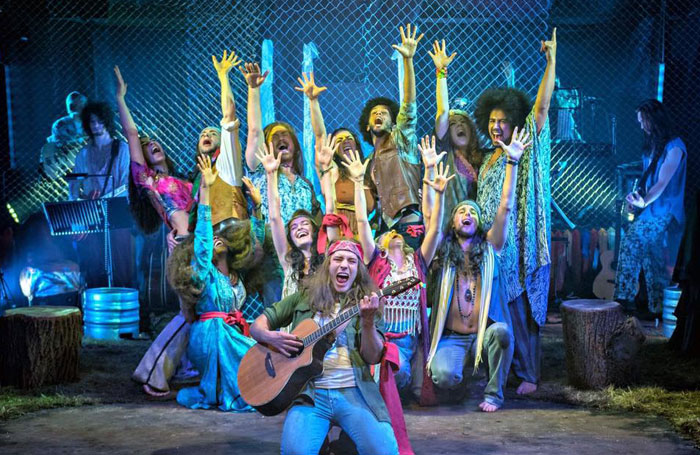 What a horrifying title but as Hair announces a one off ‘Clothes Optional’ performance on 11 November. Is there anything theatre won’t do to attract new and alternative audiences.

I’ve spoke in much detail about nudity on the stage and if any show is going to do nudity then it must be Hair, a show known for its actors taking their clothes off. One of broadcaster Danny Baker’s most famous anecdotes features him being taken to show aged 12 Its original run had actors such as Paul Nicholas, Elaine Paige, Marsha Hunt, Floella Benjamin,  Richard O’Brien and Tim Curry.   Even my boyfriend’s mother had an opportunity to be in Hair, before understandably turning it down. Do audiences yearn to be dressed like the cast? In the case of Rocky Horror then absolutely but I didn’t get dressed up in my best Post war Parisian get up for an American in Paris. 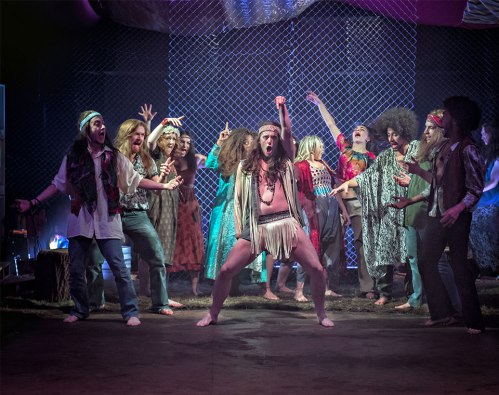 Do I want to be naked in a theatre though? There are some pub theatres that are far too hot and it would be nice to have the option. I know a few nudists and whilst I don’t think safe spaces and boundaries would be an issue I do question if nudists really want to be sat still on a towel when they could be in the various naked pools, clubs and beaches that are available to them.

Naturism is very much a choice, this differs from relaxed performances for children or people who require reasonable adjustments. It is of course a great bit of publicity for the run too. The biggest shame to me is that it is happening in November, though if the current summer weather continues we must be due a heatwave then.

Hair is celebrating its 50th anniversary. Tickets can be purchased from £25 https://www.hair50.com/ticket-info