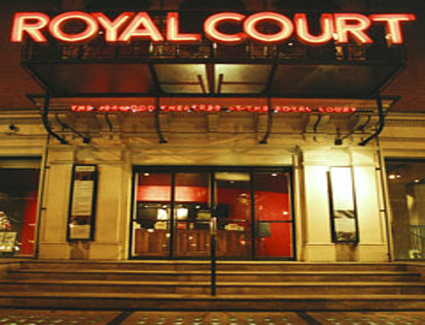 The Royal Court and Out of Joint released a statement today;

The Royal Court Theatre and Out of Joint have chosen not to present the current touring production of Rita Sue and Bob Too at the Royal Court in January 2018. It was due to run for 2 and a half weeks.

The departure of Max Stafford-Clark from Out of Joint and the recent allegations in the media have coincided with the Royal Court’s response to the spotlight on our industry and the rigorous interrogation of our own practices. On our stage we recently heard 150 stories of sexual harassment and abuse and therefore the staging of this work, with its themes of grooming and abuses of power on young women, on that same stage now feels highly conflictual.

The show has successfully toured to ten venues this Autumn and we remain incredibly proud that the shared collaboration made the tour possible.

Out of Joint is now a company in transition, facing its future, a future which the Royal Court whole-heartedly supports and looks forward to being part of through the current development of a new co-commission.

The production, which had been on tour and directed by Max Stafford-Clark, who has faced a number of allegations regarding inappropriate behaviour, had been due to open in the New Year.