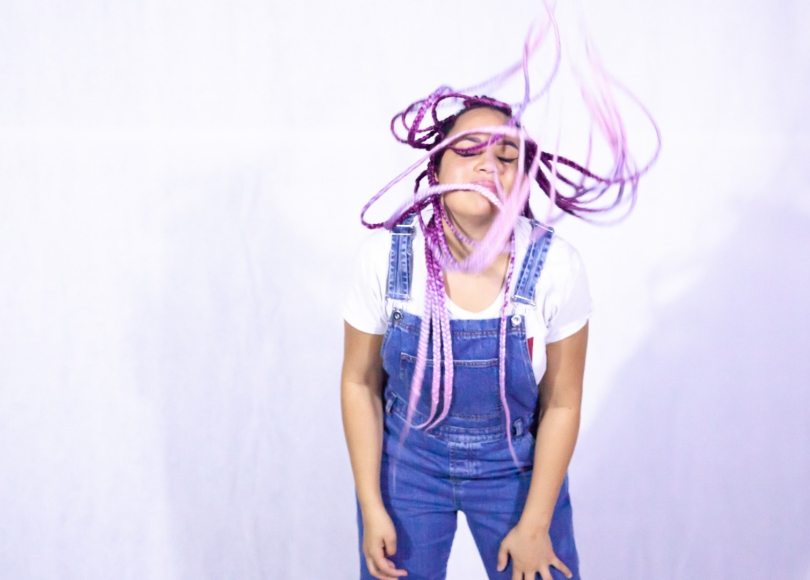 I first saw Lekhani Chirwa’s Can I Touch Your Hair? as a part of Herstory Festival in 2017 and this brief extract showed a lot of promise so I was excited to see this show 18 months later as part of the Vault Festival.

I have mixed feeling about this production and writing this review. On one hand, Chirwa’s tale of growing up as a mixed raced girl in Kendal in a mostly white area (with a white mother and black father) was incredibly relatable. I grew up with a black mother who had a grasp of my hair but still finds it unmanageable when she relaxes (chemical straightening) it every few weeks. I related to the difficulty of childhood nits, the ever-changing hairstyles (Chirwa experiments with braids, weaves. I tend to chop mine off every few months), the hair washing routine even if you only do it once a week and that question that haunts every black or mixed-race woman “Can I Touch Your Hair?”

On the other hand, this production and performance was a bit of a mess. Chirwa worked well with acclaimed actress Rose Wardlaw, who provided the voice of the white woman who interrogates Chirwa about her hair and it seems other black women’s hair too but she struggled with the monologue; asking for line prompts during any production is hard to recover from, asking for multiple prompts during a show about her life is almost impossible to recover from. Chirwa seemed openly relieved when the show finished. It is a minor point but in the audience are some minor prompts that are meant to held up at a point during the show, this at some point was abandoned but the prompts were still there. It all seemed a bit clumsy, like a scene where she describes her routine as if it were a YouTube video just falls a bit flat as it goes on a bit too long.

I am not sure if Chirwa is lacking confidence (she shouldn’t be) but it just didn’t feel ready for an hour-long show despite having a really strong theme and attracting a diverse audience of men, women, black, white with all shades of hair colour. It is a shame because Chirwa has found an entertaining niche. As work in progress this has potential but as a production, it needs more time and Chirwa needs to feel more confident with her message, her humour, and her unique voice.

Can I Touch Your Hair? is on until 9 March https://vaultfestival.com/whats-on/can-i-touch-your-hair/