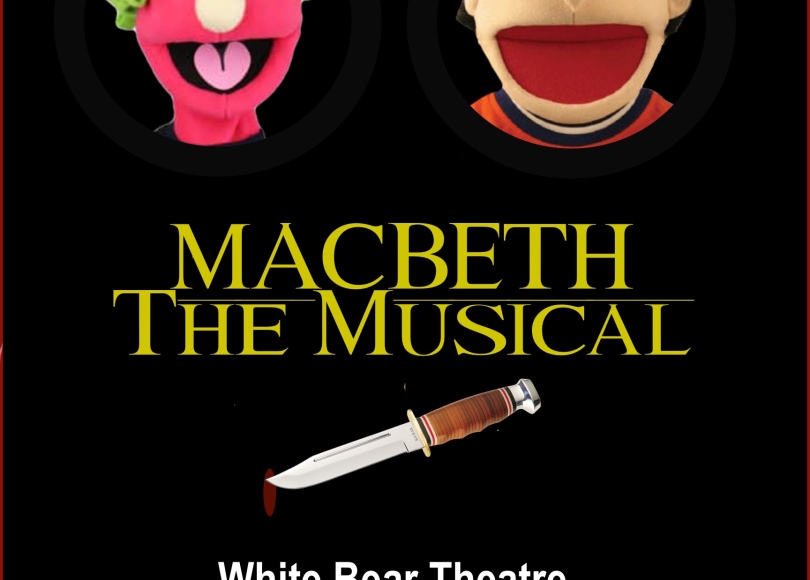 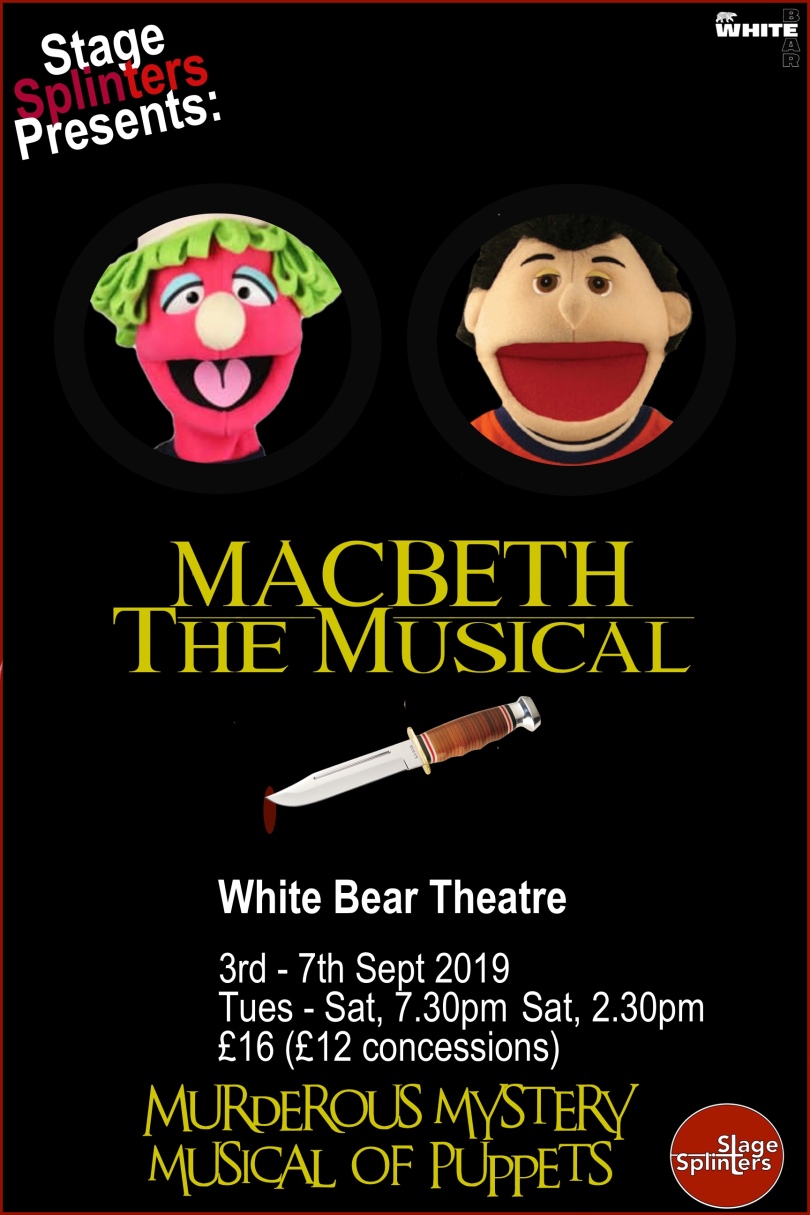 Well for those of you with your hands down, now’s your chance to see a charming, witty and high-energy comedy musical version of Macbeth performed by m. . . puppets.

The songs are clever, varied and apt. The script is littered with so many knowing asides that you find yourself wondering what’s left for them to be aside from.

The production works though, because for all the contemporary references, knowing jokes and meta-comedy, the performers do all the work. This isn’t a production that relies on a kind of implicit collaboration from the audience like some modern comedies. It just whips us through with pace, energy, and smarts.

If there’s a missed beat in this production, it is, oddly enough, the mmm-puppets themselves. For sure, they enable a few comedy bits that wouldn’t work the same way with just live actors, and no doubt they facilitate the talented cast switching quickly between characters. But the truth is, more often than not they feel superfluous, overshadowed by the talent and charisma of the humans who control them, and who sing, speak, mine and emote for them.

The singing is delivered with gusto, through the strongest performance is the most subdued, two heartrending (and thoroughly non-comic) songs about the brutal lot of a servant girl in mediaeval Scotland.

It’s surprises like that that lift this play above the ordinary, and make it well worth seeing.