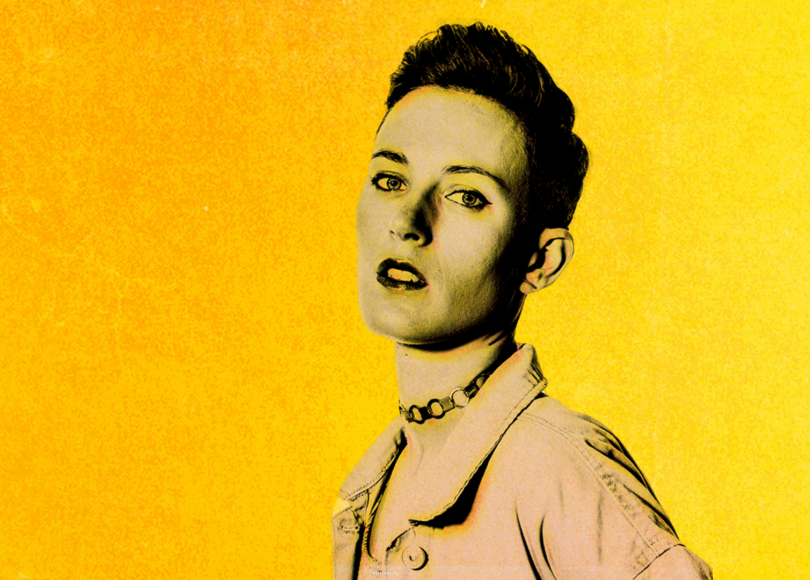 Sugar Coat, written by Joel Samuels and Lilly Pollard, isn’t a gig or play. It is both. It combines a story about a young woman finding, then losing her sexuality after a traumatic miscarriage and sexual assault, then finding it again via her sex therapist.

Dani Heron leads the show and she puts on a great comedic performance then performing a song without breaking a sweat. It is a demanding role and I was surprised to find she wasn’t the writer as she seemed to embrace the highs and lows; looking back fondly at her first orgasm, losing her virginity and her love of sex to the lows of her vaginismus diagnosis before finding love again in a thruple. There is great musical support from Gracie Lai who also performs as the posh boy who lives in her halls and as one part of the thruple and Rachel Barnes as her mum and lesbian college friend, Anya Pearson (who also serves as musical director with Pollard) and Sarah Workman as a variety of characters as well as proving some fun tunes.

The sound in the venue wasn’t always great, so I am not sure if the songs were always linked to what we had just seen. It felt inspired by SIX, with an awareness that a musical can experiment with the format. The strength in Pollard’s writing is that without the music this would be a strong play.

The storyline tackles female sexuality with real emotion and unashamed facts; women enjoy sex but sometimes they don’t and they shouldn’t be dismissed as frigid because of it. This is a fantastic show; playing with genres and misconceptions.

Sugar Coat is on until 15 March https://vaultfestival.com/whats-on/sugar-coat/