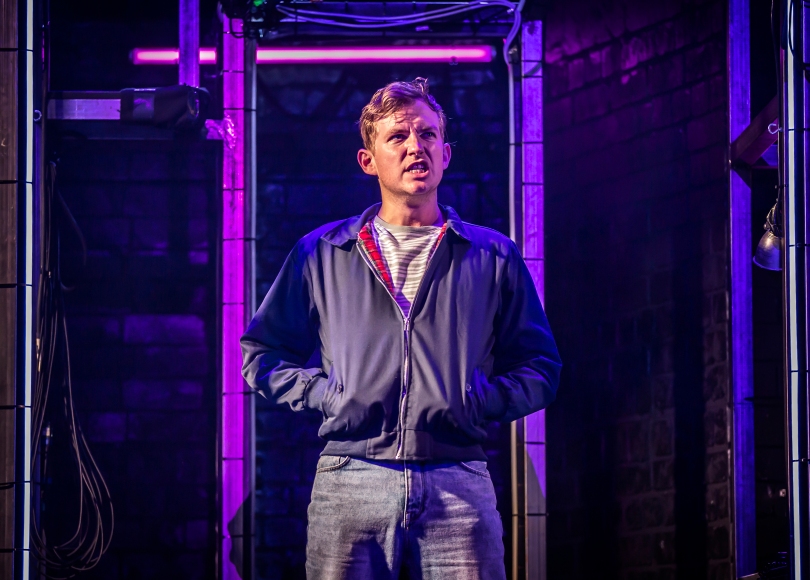 A monologue on a West End stage without a household name feels like a huge risk. In any other time it would be but theatres have very little to lose after a very difficult year.

Jack Holden’s Cruise is a timely look at LGBT history, for a fans of Russell T Davies’ It’s a Sin it touches on similar themes of 80s London in the shadow of the HIV/AIDS pandemic. It is a celebration of the culture, the music, the sex and people who were loved and lost.

Holden touches on his experience working for Swtichboard as a 22 year old, ignorant and indifferent to the older gay men he volunteers with and living his life in the mid-2000s. When Michael, an older man, calls it changes his perspective and the focus of the play.

Except Michael is still alive and Cruise is a moving tale of what it is like to be a survivor when those you love die. There is relief, guilt and a sense of shame but also celebration of the life yet to be lived, the life you once had and the lives of others. Holden moves effortlessly from accent to body language to portray a wide range of characters and it is one of the most stunning performances I have seen on the stage. Cruise isn’t just about the cruising and underground sex, it is about cruising through life and even references Tom Cruise.

As a production it is loud, grimey and full of the sounds and music, provided by John Elliott, that encompass what it meant to be young and on the scene in the 80s. The production was originally streamed before moving to the west end and whilst it is strong source material I cannot imagine the stream to give off the energy and emotion that this does in person. Cruise is reminder that monologues can be engaging and innovative, I think they get a bad rap for not being “big productions” but this is big, not only in Bronagh Lagan’s direction but Holden’s energising performance. Expect this to be the making of him as a future household name and get a ticket before everyone finds out how great this is.

Cruise on at the Duchess Theatre until 13 June https://www.nimaxtheatres.com/shows/cruise/