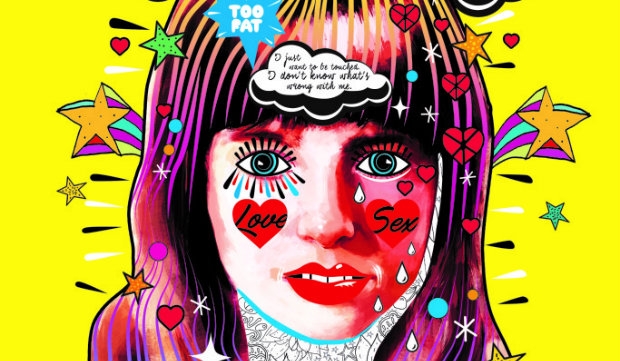 A guest review by Jake Laverde

Like the title suggests, Diary of a Teenage Girl is told from the point of view of Minnie Goetze. A 15-year-old girl living in 70’s San Francisco whose sexuality doesn’t so much blossom as bursts wide open when she embarks on an affair with her mother’s boyfriend and throws herself into the hedonism of the era. 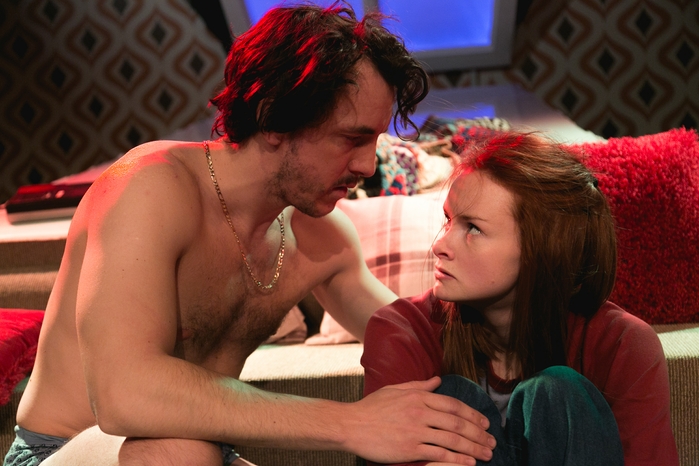 Phoebe Gloeckner’s sort-of- but-not- really-autobiographical novel/comic hybrid has already been adapted by Marielle Heller as an acclaimed film. Her stage adaptation strips down its source to its essential themes and is presented mostly as a monologue. As we walk into the theatre, Minnie is kneeling on the bed wearing a thin nightdress and idly scribbling away. Already we’re made to feel like intruders on her privacy.

When the show begins however, Minnie leaps into life and enthusiastically spills every thought that passes through her head. Gloeckner’s sharp, bone dry dialogue feels right at home on

stage. As the titular teenage girl, Rona Morison is at once awkward, mature, confident and

vulnerable. Her youthful appearance captures Minnie Goetze’s stream of consciousness and the whirlwind of emotions she goes through and Rona throws herself into the role.

It’s just as well that the lead actress is more than capable as the supporting cast aren’t given much opportunity. Jamie Wilkes’s Monroe is a bit too on the nose as the sleazy boyfriend who takes Minnie’s virginity but he certainly looks the part. And Rebecca Trehearn as Minnie’s mother Charlotte’s appearance is too brief. But then this is Minnie’s version of events so you can forgive her for being a bit self-centered.

The set design plays up the 70s setting with its hideous wallpaper framing the centrepiece which offers a literal window into Minnie Goetze’s imagination. There’s some inventive use of lighting and animation is projected onto the stage when Minnie becomes lost in her own thoughts. The soundtrack, too, manages to hold itself back from laying it on too thick.

As someone who adored the film adaptation I’m not sure I got much out of this that I hadn’t already. Marielle Heller’s script follows the same story beats and revelations as her earlier work. Minnie’s redemption of her life comes perhaps too quickly. But it’s the strength of the original material and Rona Morison’s superb performance that kept me engaged throughout.