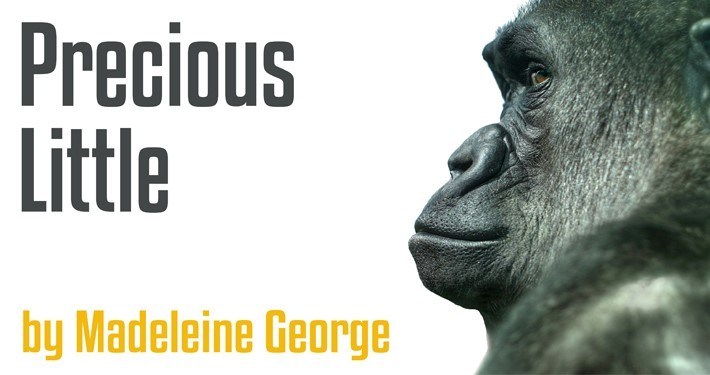 Madeleine George’s play about a Linguist juggling pregnancy, relationships and her work is a bit of a mess. When I found myself wondering what good things I could write about it was Karl Swinyard’s set design, which transports this confused play to its many locations; offices, kitchens, medical rooms and a zoo and the varied performances Jessica Kinsey (who was great in Brockley Jack’s recent King Lear where she played Cordelia and The Fool) as a variety of characters such as Brodie (Jenny Delisle)’s girlfriend, genetic counsellor and a variety of distracting zoo goers. Deborah Maclaren is underused as The Ape and an old woman getting to grips with her native, dying language as well as her past.

The problem for Delisle as Brodie is that it feels like George doesn’t like this character, is bored by her and attempts to find other interests in the form of passing zoo goers and the story about a linguistic discovery instead of the story of her finding solace in an ape whose intelligence and appearance is mocked by zoo goers. Brodie should be a sympathetic character; a lesbian over 40 who finally finds the time and finances to have the family she always wanted with the help of donor. It soon becomes clear that Brodie’s perfect family, a companion on her adventures might not be as straightforward as it appears.

I just couldn’t warm to Brodie as a character and I am not sure how much of that was George’s writing or how much was Delisle’s performance and/or Kate Bannister’s direction. It seemed to have no purpose, disjointed and was just a bit dull. In the programme there is a bit about the Gorilla Organization but it all feels so insincere as this didn’t develop the relationship between Brodie and the ape for the audience to be moved into supporting this organisation.

It is a real shame that this isn’t better developed and really shouldn’t be having such a long run. A real disappointment from the usually excellent Brockley Jack.

Precious Little is on until 15 June https://brockleyjack.co.uk/jackstudio-entry/precious-little/