Norfolk & Norwich Festival, the largest arts festival in the East of England and one of the four largest in the UK, has today announced the first shows of its 2017 Festival. The announcement comes as the Festival looks back on some of the successes of 2016. Last year’s Festival saw 57,000 people attend an event over the 17 days in May, generating £3.9 million of economic activity in the area. Nearly 3000 people participated in the festival, with over 900 children and young people taking part in educational events.

With more to be announced, the Festival highlights for 2017 so far include: the headline production for the Adnams Spiegeltent, Driftwood, a colourful and turbulent concoction from Casus Circus; the return of circus cabaret troupe Race Horse Company with their latest show Super Sunday after the success of White Nights at the 2016 Festival; Akram Khan Company’s acclaimed show for families Chotto Desh; Grammy and Tony Award-winning jazz artist Dee Dee Bridgewater; Quarantine’s epic about the human life cycle Summer. Autumn. Winter. Spring. comprising live performance and film and the previously announced Beethoven with Thomas Adès by the Britten Sinfiona. The Festival runs 12-28 May 2017.

The flagship arts festival for the East of England, Norfolk & Norwich Festival showcases some of the world’s most renowned international artists alongside regional talent, drawing audiences from across the UK.

On the 2017 programme the Festival’s Artistic Director William Galinsky said:

“We are hugely excited to be able to announce some of the first shows for the 2017 Festival. Next year’s programme continues our commitment to bringing an array of amazing international artists to NNF, as well as presenting some of the most exciting UK companies. Once again there will be plenty of opportunities to get involved as we will be looking for 60 local people to star in Quarantine’s brilliant theatre show Summer. Autumn. Winter. Spring. We look forward to announcing the full programme in the new year.”

Full information on all Norfolk & Norwich Festival events at http://www.nnfestival.org.uk.

After the success of White Nights at the Festival 2016, the riotous Race Horse Company returns to Norwich with Super Sunday, the newest super-fun show from the acclaimed Finnish circus troupe with a reputation for madcap brilliance.

Big on flying, big on thrills and big on mind blowing skills, Super Sunday contains enough fear inducing circus stunts to stop audiences looking away even for a second. 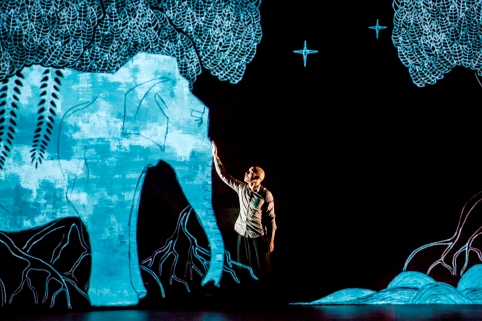 Fusing dance, storytelling, interactive animation and specially composed music, Chotto Desh is a bewitching, thrilling and poignant tale of a young man’s dreams and memories from Britain to Bangladesh.

Chotto Desh, Bengali for ‘small homeland’, draws on Khan’s unique quality of cross-cultural storytelling weaving together a playful story of a boy who dreams of becoming a dancer, and of a mythical child who angers the forest gods by collecting their forbidden honey.

Akram Khan is one of the UK’s most celebrated and influential choreographers, admired for his unique style of intimate yet epic storytelling. Chotto Desh is reworked from his Olivier Award-winning autobiographical show DESH and adapted by director Sue Buckmaster of Theatre-Rites to create a show that can be enjoyed by everyone aged 7+.

Dee Dee Bridgewater is one of today’s leading female jazz vocal stars. Putting her own unique spin on standards as well as taking intrepid leaps of faith in re-envisioning jazz classics, Dee Dee Bridgewater has had a multifaceted career that has spanned over four decades.

A Grammy and Tony Award-winning artist, producer and UN Ambassador, Dee Dee Bridgewater is one of the most electrifying performers in vocal jazz today, and counts Sonny Rollins, Dizzy Gillespie and Dexter Gordon among her list of past collaborators.

There are things in life you can’t rehearse for…

Summer. Autumn. Winter. Spring. is a quartet about the human life cycle, living, dying, and our relationship with time from internationally renowned theatre company Quarantine.

Comprising three live performances and a film, this piece of mass portraiture is epic in scale, ambition and subject.

Each piece has a distinct focus: Summer. sees dozens of people on stage responding to this very day; Autumn. unfolds as a two hour interval in history, full of food, conversation and clairvoyance; Winter. meets a woman preparing for death and Spring. is performed by pregnant women and imagines lives as yet unlived.

In this concert, which is centred on the work and influence of Beethoven, we hear his witty first symphony paired with the virtuosic second. These are complemented by Gerald Barry’s powerful setting of Beethoven’s famous love letter to his “immortal beloved”. Hearing how one of the most celebrated composer/conductors working today will interpret and illuminate these iconic works is sure to be a major event in the classical music calendar.