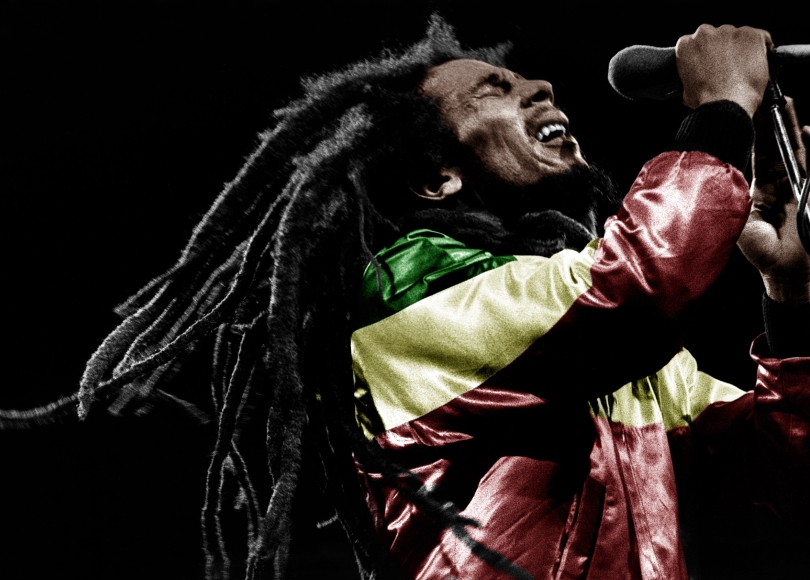 Full casting has been announced for One Love: The Bob Marley Musical which premieres at Birmingham Repertory Theatre in March.  Set across a dramatic period in the music legend’s life, this new production written and directed by Kwame Kwei-Armah, tells the story of a man propelled from rising reggae star to global icon. With unprecedented access to the entire Bob Marley catalogue, the musical features Marley’s greatest songs performed live by the cast. is presented with approval of and in co-operation with the Marley family and Tuff Gong Pictures L.P. and has been developed with the support of Blue Mountain Music.

Mitchell Brunings will make his UK stage debut as Bob Marley alongside Alexia Khadime who will play Rita Marley. Alexia’s major West End roles include Nabulungi in The Book of Mormon (for which she won the 2014 What’s On Stage Award for Best Supporting Actress in a Musical), Eponine in Les Misérables, Elphaba in Wicked and Nala in The Lion King. Most recently she played the lead in Hackney Empire’s 2016 pantomime Sleeping Beauty. Her screen roles include London Road and Les Misérables.

Newtion Matthews (The Frontline, Shakespeare’s Globe; Dancing in the Streets, UK Tour) will play Bunny Wailer alongside Jacade Simpson (The Book of Mormon and The Scottsboro Boys, West End) who will play Peter Tosh.

Bob Marley’s words and music have brought joy and love to people around the world of all generations and across all cultures. One Love: The Bob Marley Musical is a spiritual and political journey which celebrates one of the world’s most influential artists of all time by bringing Marley’s inspirational music catalogue to the stage for the first time. This compelling original musical features Marley’s greatest songs performed live on stage, including – No Woman No Cry, Exodus, Jamming and many more.

One Love: The Bob Marley Musical will be designed by Ultz (who won the Best Set Design Olivier Award for Jerusalem) with musical supervision and arrangements by Phil Bateman and choreography by Coral Messam. Lighting design will be by Tim Lutkin (who won the Best Lighting Design Olivier Award for Chimerica), sound by Richard Brooker, projections by Duncan McLean, orchestrations by Simon Hale and musical direction by Sean Green.