Theatre Bench’s production of Patrick Cash’s HIV Monologues is a sensitive and very modern look at attitudes to HIV, not only in the LGBT community but across society.

The story is told through four characters in a series of monologues. Alex (Denholm Spurr) is talking about his date with Nick (Kane Surry), which ends in Alex attempting to escape out of the toilet window when Nick reveals his positive status. It is beautifully told with a lot of humour but it is still shocking as we have been told and tell ourselves that attitudes have changed, that well managed HIV cannot harm anyone else but still Alex is terrified and ends up with a bill for a broken window and Nick hating him. 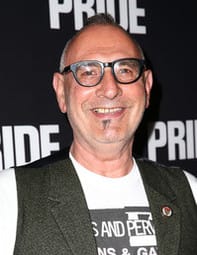 The other stories involve Irene, an Irish nurse who builds up a relationship with an AIDS patient called Eric and is truly an ally. She defends him and his partner to a hostile crowd and compares his status as a pariah with her own issues back home in Ireland and for me this was the story I could relate to the most, not just because of Cash’s writing but also it is a great performance from Charly Flyte as Irene and we get to meet Nick and Barney (Jonathan Blake, who in real life has HIV and was portrayed by Dominic West in Pride) who have featured throughout the production. It is really a simple but great technique to meet the characters that other characters have told you about but it says a lot about Cash that he never made these characters seem one dimensional before we meet them. We feel for Nick’s rejection from Alex before we even lay eyes on the character and Barney’s pain, many years on, at losing his partner Nick to AIDS. Blake, who has not acted for over 30 years, is a revelation as Barney. His gossipy chat feels natural and all the monologues and performances felt intimate, like it was just me and them, not an audience and them.

The production has many strengths such as its simplicity, such as the staging, but crucially the linking of the monologues. It feels a real shame when the characters of Alex and Nick are brought together but the writing keeps the monologue style, feeling more like the additional character is a voice in the narrator’s head rather than become a duologue.

It deserves to be seen by a wider audience and I hope it transfers from this appropriate but non-theatre venue. This is a play with a lot to say about issues people think they know about. It is far from a play purely about LGBT issues it looks at attitudes to HIV in general, such as Barney’s friendship with a young African woman who is worried about her unborn child.