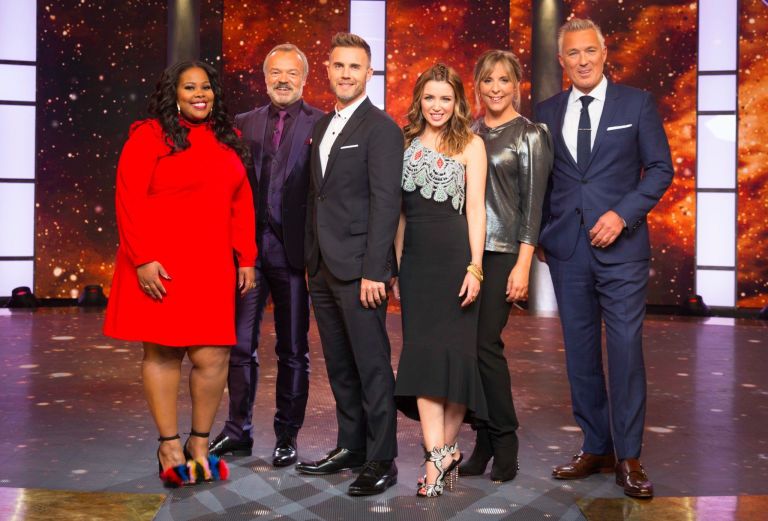 I haven’t really followed Let It Shine, as much as I admire Barlow’s move into hot dad from the man you befriended to get closer to the other four in Take That there is a lot I don’t like about Barlow and reality shows so I have avoided Let It Shine, BBC Primetime’s search for stars of Barlow’s follow up musical to The Girls, The Band.

Five to Five, the eventual winners and the audience who invested time into Let it Shine have been utterly screwed over. These young men will not be the leads but chorus to five female leads. Oh my goodness. Not even your Lloyd-Webbers or your Cowells would be so outrageous (say what you like about Lord Lloyd Webber his shows have brought many long lasting talents like Jessie Buckley and Ben Foster to the stage and screen) but this ‘opportunity’ Barlow offers is anything but, with no spoken lines this isn’t a showcase for  AJ Bentley, Curtis T Johns, Nick Carsberg, Sario Solomon and Yazdan Qafouri but a very elaborate audition process for being an extra.

The real question is did the BBC know what they were letting themselves in for? Graham Norton lead talent shows have served the corporation well but they’ve given weeks of free advertising to a touring show, that may end up in the west end but will see none of their stars (the winners and other auditionees) benefit.I am not a performer but I am someone who has enjoyed these sorts of shows in the past and the audience gets invested, we are meant to get invested but instead he’s screwed over a lot of people, particularly those young men who thought they were getting an opportunity of a lifetime and at time when theatrical casting is accused of being a closed shop this whole process has only added to the belief that showbiz isn’t what you know, but who you know and even knowing Gary Barlow won’t help.

a total waste of time and 6 weeks of free advertising on the BBC for his new musical is peak Borelow. pic.twitter.com/vgOOzE2LXy