Beginning with a single altercation between two members of the cast, the performance quickly develops beyond a

the edge of their seat. This production has so many ‘blink and you’ll miss it moments’ the inability to turn away

even in the quieter more introspective moments of the performance may leave one breathless, but never fatigued.

There is a spirit of continual re-invention present, that when combined with the evidently escalating risk,
commands the full and undivided attention of the viewer, nicely spiced with some humorous interludes. 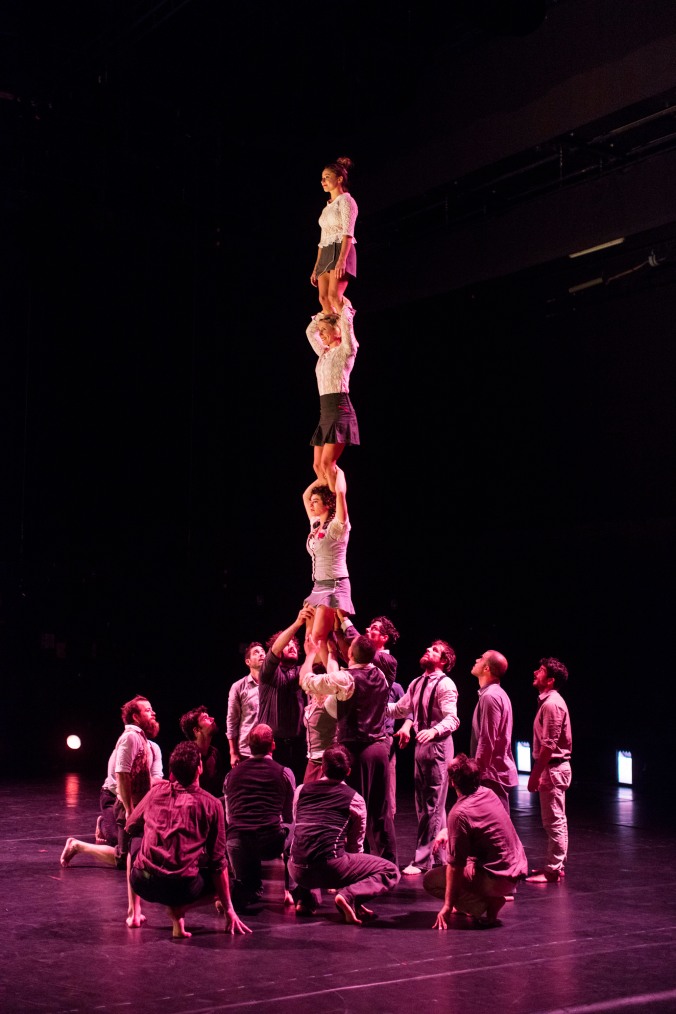 Elements of old school slapstick, reminiscent of silent movie greats such as Harold Lloyd and Buster Keaton
maintain one’s interest in what these talented individuals have created, but when they combine as a group
to literally elevate each other to astonishing new heights, that is when the power of togetherness, and the

underlying message of this group as a whole is showcased to dazzling effect.

With spills, thrills, and tons of entertainment value, this show is highly recommended!
It’s Not Yet Midnight is on until 23 April.
Tickets from £19.50  http://www.roundhouse.org.uk/whats-on/2017/compagnie-xy-its-not-yet-midnight/