Actress and singer Deena Payne is to join the UK Tour of OUR HOUSE, following the unfortunate withdrawal of Linda Nolan. Having previously been announced in the role of Kath Casey in the Olivier Award-winning Madness musical, Linda Nolan has withdrawn from the tour following her recent cancer diagnosis. Deena Payne, best known for her role as Viv Hope in ITV’s Emmerdale, will take up the role of Kath Casey along with newly announced cast members Jason Kadji (Joe Casey) and Sophie Matthew (Sarah).

On the night of his 16th birthday, Joe Casey takes the girl of his dreams, Sarah, out on their first date. In an effort to impress her with bravado, Joe breaks into a building site overlooking his home on Casey Street. When the police turn up, a split-second decision forces him to choose between himself and his heart as the story splits in two: one which sees Joe stay to face the music, and the other which sees him flee and leave Sarah to run from the police. As two very different paths unfold before him, the consequences of that choice will change his life forever. 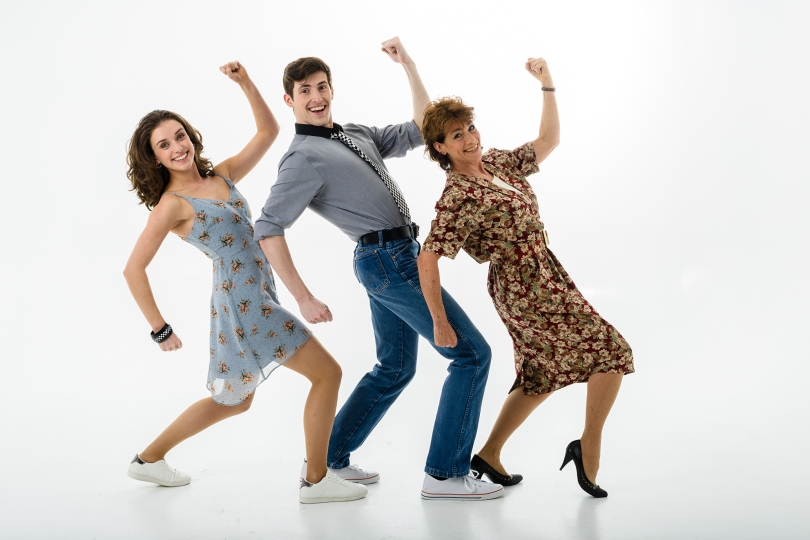 Deena Payne is perhaps best known for her portrayal of Viv Windsor in ITV’s Emmerdale, a role which she played for eighteen years. Having begun her career as a dancer on stage and TV, she went on to work extensively in musical theatre: Cabaret, Only in America (the Roundhouse Chalkfarm), Who’s a Lucky Boy (Manchester Exchange), One Careful Owner, (tour) and the original West End production of They’re Playing Our Song (Shaftesbury Theatre). Following her departure from Emmerdale in 2011, Deena went on to play three tours of Tim Firth’s critically acclaimed stage adaptation of Calendar Girls.

Deena said: “My thoughts are with Linda, and we all send her lots of love at this very unsettling time. Though I know she’d want the madness to continue, and I’m thrilled to take on the challenge. Great songs, brilliant story – a real fun-loving musical!”

Taking a starring role as Joe Casey, Jason Kajdi is currently appearing as Ernest (and first cover for Bert) in the international stage tour of Mary Poppins. His other theatre credits include West Side Story (Kilworth House), 27: The Rise of a Falling Star (The Cockpit) and the European premiere production of Lin-Manuel Miranda’s 21 Chump St. (From Page to Stage 2016).

OUR HOUSE was first staged at the Cambridge Theatre in London’s West End from October 2002 to August 2003 and won the 2003 Laurence Olivier Award for Best New Musical. This tour will be directed by Immersion Theatre’s James Tobias and choreographed by the resident choreographer of Matilda The Musical, Fabian Aloise.