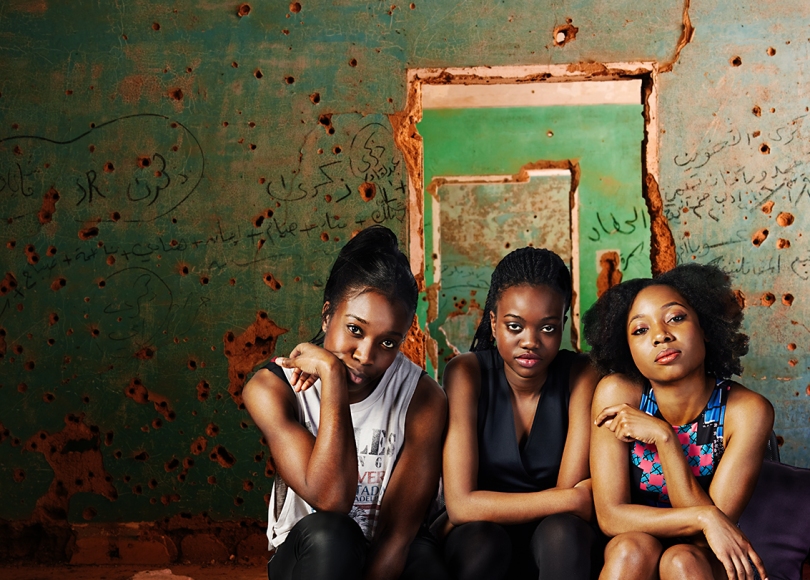 Girls, the funny and fiercely passionate play by award-winning playwright Theresa Ikoko will make its Edinburgh Festival premiere in 2017. Telling the tale of three young friends who are kidnapped in Nigeria, Girls examines the stories behind the headlines that quickly become yesterday’s news.

“Why is everyone so bloody obsessed with hashtags?

Can you use it to shoot your way out of here?”

Three everyday girls, three best friends forever and three big issues: love, sex, religion. But when they’re kidnapped from home, their world is turned upside down. Hope and despair blur, jokes and fights become one, and the only hashtag that now matters is survival. Girls is a play about enduring friendship, the power of imagination and how the West often turns a blind eye to the stories behind headlines.

Theresa is a Talawa Writers’ Programme Playwright and continues to work closely with both HighTide and Soho Theatre.

Directed by Elayce Ismail (The Rise and Shine of Comrade Fiasco, Gate Theatre; Iphigenia Quartet: Chorus, Gate Theatre; Nanjing, The Yard), Girls won critical acclaim in its opening performances at London’s Soho Theatre, the Birmingham Rep and HighTide Festival in 2016. Girls follows Theresa’s debut play Normal, which was part of Talawa Firsts in 2014 and staged at HighTide Festival in 2015.

Girls was the joint winner of the George Devine Award (2016), the Alfred Fagon Award (2015), and was shortlisted for Soho Theatre’s Verity Bargate Award (2015).