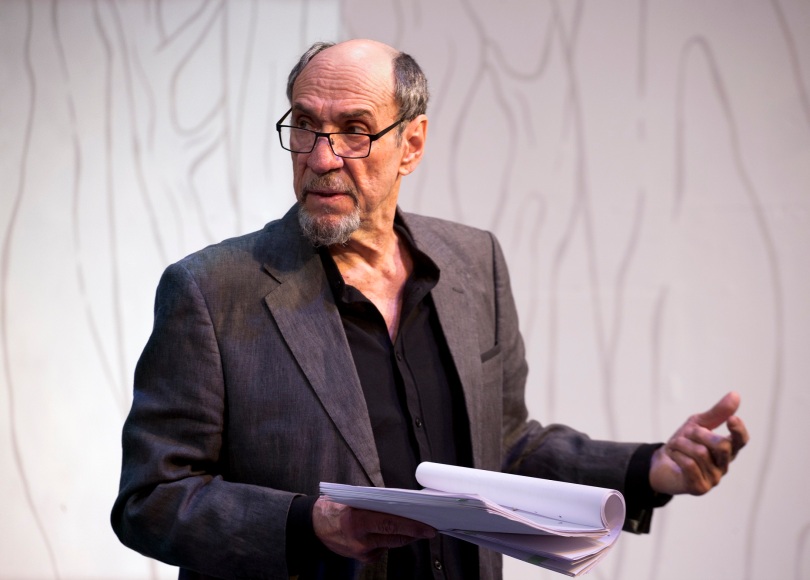 Theatre Royal Bath Productions and Nica Burns are delighted to announce that Laurence Boswell’s critically acclaimed production of Daniel Kehlmann’s The Mentor will have a West End run at London’s Vaudeville Theatre from 24 June to 2 September with opening night for press on Tuesday 4 July.

The Mentor is directed by Olivier Award-winning Laurence Boswell who resides as Artistic Director of Theatre Royal Bath’s Ustinov Studio where the play celebrated a record-breaking run earlier this year, the most successful in the studio’s history. This production, translated by Academy Award-winning Christopher Hampton, marks the first time that bestselling author Daniel Kehlmann’s play has been performed outside of Germany.

In a dilapidated art nouveau villa, somewhere in the German countryside, two massive egos are set on a collision course in this perceptive and compelling comedy about art and artists and the legacy of fame.

F. Murray Abraham won the Academy Award for Best Actor for his role as Salieri in Miloš Forman’s masterpiece Amadeus. His numerous other screen credits include Homeland, Mighty Aphrodite, Scarface, Finding Forrester, Star Trek: Insurrection, The Name of the Rose, The Good Wife, Inside Llewyn Davis and The Grand Budapest Hotel. Theatre credits include It’s Only A Play, Othello, Richard III and Uncle Vanya, for which he was awarded an Obie Award for Best Actor.

Naomi Frederick’s theatre credits include Hobson’s Choice (Theatre Royal Bath and West End), The Heresy of Love, Much Ado About Nothing and As You Like It (Shakespeare’s Globe) and The Winslow Boy(Old Vic).

Daniel Kehlmann is a German-language author whose novel Measuring the World, sold three million copies in Germany alone and has been translated into more than 40 languages.

Christopher Hampton previously translated Florian Zeller’s play The Father for the Ustinov Studio, launching its international success. He won an Academy Award for the adaptation of his own play,Dangerous Liaisons.

Laurence Boswell is an Olivier Award-winner, Artistic Director of the Ustinov Studio and an Associate Artist of the RSC. His recent productions include A Midsummer Night’s Dream in the Theatre Royal’s Main House, and Trouble in the Mind, The Mother, Intimate Apparel and The Spanish Golden Age Season in the Ustinov Studio.