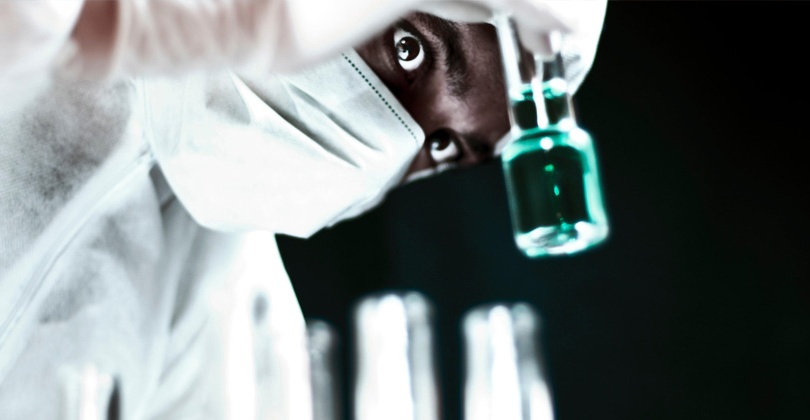 Diversity, or lack of it, in the elite is often talked about. The lack of BME representation in industries such as medicine, politics, judiciary and of course theatre and the arts dominates conversations with the question of how to improve numbers never truly being answered.

View from Nowhere looks at what happens when you break the glass ceiling and what happens if you question those above you when you are different. The protagonist is Prez Washington (Mensah Bediako), a professor of biochemistry who also happens to be black, with dreadlocks and a taste for brightly coloured suits. His opening scene, delivering a lecture to an audience reminded me of Noma Dumezweni in A Human Being Died That Night it is great tactic to not only warm this audience to a character but to make it feel more real. Washington could be a wacky professor but we are soon reminded that Washington isn’t like the others. When Tom Pennington (Math Sams) asks Washington if he is Washington the implication is clear; scientists do not look like that. 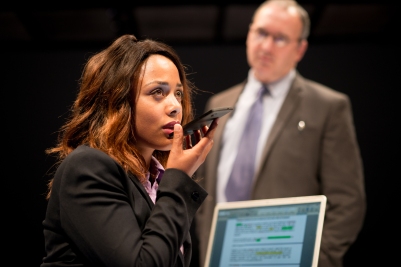 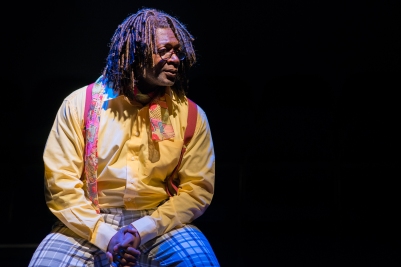 Pennington is a scientist who now works for a large corporation Alchemex, providing chemicals to the agricultural industries but Prez and his assistant Sandy (Emma Mulkern) are being paid large grants to look at the effects the chemicals have on frogs, specifically frog genitals. Finding that endocrine disruption is common Washington and Sandy find themselves part of a smear campaign that can only end in tragedy.

The points about race and elitism are key; Washington is treated with such suspicion because he is seen as being ambitious, breaking the glass ceiling he must want more and when he shows interest (based on his merit) he is held back by the company. The human face being Rona (Nina Toussaint-White), a corporate lawyer whose loyalty to her job is never fully explained. Her part in Washington’s downfall seems personal and where I struggled was with the lack of awareness for her race, Toussant-White is mixed race. It is never clear if the character is meant to be racist or understanding of the issues Washington faces. Sams is fantastic as Pennington, a man juggling his relationship with science and with his employer and who understands Washington’s paranoia. 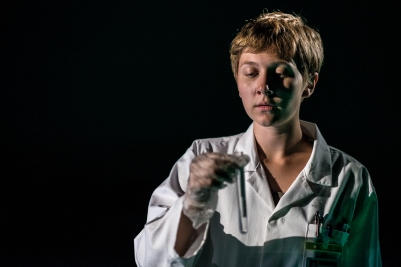 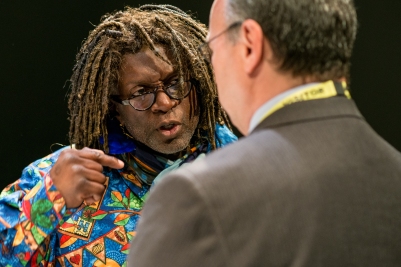 The characters of Sandy and Prez feel underwritten, families are mentioned as are places where they grew up and it suits their outsiders status but it makes it hard for the audience to warm to them. Why did Prez become a biochemist and why does he stick with it despite it nearly ruining his marriage. His relationship with Sandy is the strongest emotional connection on stage but all four characters feel so distant from each other. Bediako tries to explore Washington but beyond his race and his job there is nothing there, which is a real shame because despite that it is a good, if weak story. It isn’t helped by the often pointless video projections on the floor and the shocking blocking, which means conversations, and their reactions are often missed.