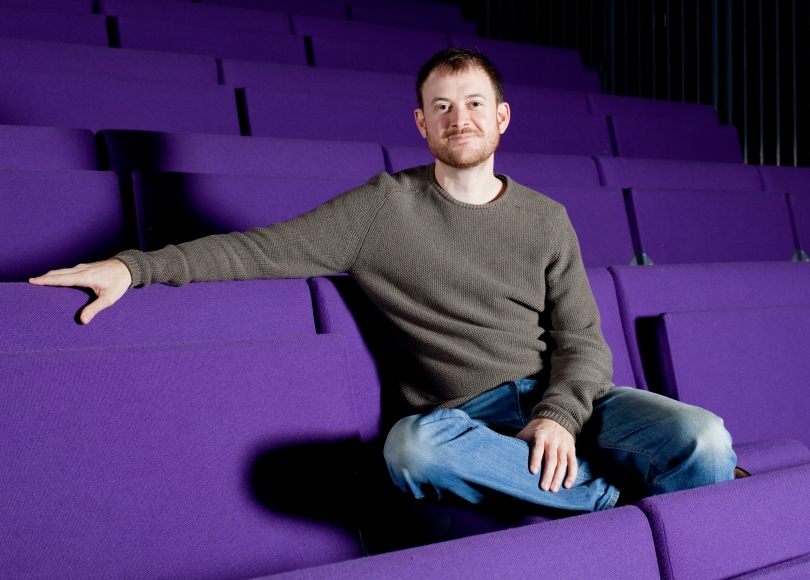 What are the key themes in Ovalhouse’s Autumn Season?

The Autumn Season at Ovalhouse explores the ‘unseen’ people in our communities: children in care, whistle-blowers, sex-workers, transgender people and asylum seekers.  Often these groups remain unseen because their stories are difficult to hear.  This season, we give voice to those who are unheard.  Louise Wallwein presents her bold and unflinching production about growing up in care, Glue; Angela Clerkin returns to Ovalhouse with The Secret Keeper, a dark and unsettling adult fairy tale about whistle blowers and with hunts and The Sex Workers Opera takes us on an honest and joyous journey into the world of the sex trade.

I’ve found the Ovalhouse to be one of the most diverse and experimental places in London. As you came to Ovalhouse from Hampshire theatres, did you relish the diversity on offer or was it a challenge initially?

I’ve always supported, nurtured and developed the most diverse group of artists possible, wherever I’ve worked.  In Hampshire, there was certainly less ethnic diversity, and this led us to support more disabled artists and to focus on some of the less visible aspects of diversity such as class.  Prior to my time in Hampshire, I set-up the Creative Learning department of Arcola Theatre, so I’m no stranger to the extraordinary diversity of London.  Now that I’m back in the most diverse city in the UK, I’m really excited by our plans at Ovalhouse.  We are supporting artists who have something important to say.

Ovalhouse is moving from its current location in Oval to Brixton in 2018. How do you plan to combine the positivity of regeneration with the hostility towards gentrification for locals who may not be theatre attendees?

Ovalhouse has a 50-year history of making theatre with, by and for its community and that won’t change.  Our new venue will, first and foremost, be for the people of Brixton.  We have always sought to work with those living on our doorstep.  The new building will be located directly opposite the Moorlands Estate and immediately behind our venue Lambeth are planning to build 300 new homes, the majority of which will be social housing.  These residents will be our future audiences, staff, volunteers, and participants.  It’s really important to us that we will be right at the heart of our new community and be playing a positive role in its future.

Brixton is also quite a trendy area with a big music heritage. Is this something the new Ovalhouse will embrace or will it stick with its programme full of new and emerging artists?

We are really looking forward to being a part of one of the most vibrant creative and cultural communities in London.  We want to complement the activity which is already happening, so our programme will be sticking to our specialism of theatre.  So you can expect us to continue our long history of nurturing the very best new theatre artists, but we will have a 21st Century building, to ensure that these artists are given the resources to tell powerful and important stories.

One of the shows I am looking forward to in your Autumn season is The Sex Workers Opera. Are you expecting any controversy with this production? Do you think opera can ever be mainstream and lose its posh reputation?

This production isn’t trying to court controversy.  It’s about celebrating voices which are too often ignored, and the show does feel like a celebration.  It has some dark and heartfelt scenes, but it’s also an explosion of energy, music, and entertainment.  It’s operatic in the sense that it has an epic scale to it and the story is mostly told through song, but if that conjures images of stuffy Sopranos in tuxedos and powdered wigs, then forget it.   This is an empowering celebration of sex work with the sort of political punch you would expect from an Ovalhouse production.  As one of its characters says – “There are no bad whores, just bad laws”.

Ovalhouse’s Autumn Season kicks off on 3rd October and runs until 23rd December.