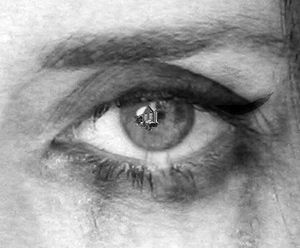 The Revlon Girl made its debut in Wales in 2016, the 50th anniversary of the Aberfan Disaster. A year later, following further tours including the Edinburgh Fringe Festival Neil Anthony Docking’s debut play comes to London and it was worth the wait.

The Revlon Girl follows 4 grieving mothers 8 months after the disaster as they look to the future and face the past. The four women; Sian (Charlotte Gray), Marilyn (Michelle McTernan), Rona (Bethan Thomas) and Jean (Zoe Harrison) are coping in different ways. Jean has God but cannot talk about new pregnancy, Marilyn has mediums and a belief her daughters will walk in through the door, Rona has her compensation and a lot of anger and Sian has The Revlon Girl (Antonia Kinlay), who she hopes will make her beautiful for her husband again. 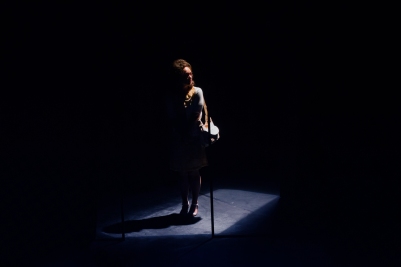 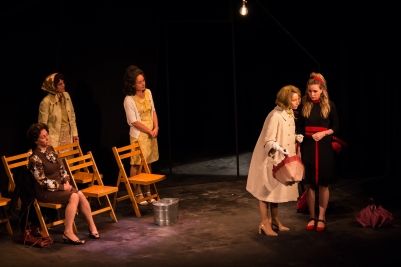 As disasters go Aberfan is still deeply distressing and watching the play I was reminded of The Grenfell Tower disaster which also got attention, donations but ultimately has not lead to a guarantee that it will never happen again. As the families of Aberfan grieved more coal tips loomed over them. The four women are always on edge in their rainy village as the roof leaks and the circumstances mirroring October 1966 seem to be on repeat.

As the audience, you feel for Revlon, a young woman who just wants to make women look lovely and sell some makeup but seems to have walked into a tense counseling session. All the women’s lives are entwined; they were mothers, they were school friends and their husbands were colleagues, except for Jean whose husband is involved heavily with the church and the committee. Rona blames him for the rumours that Aberfan will get a swimming pool angrily announcing that “There aren’t any children to swim in it” Marilyn blames Jean’s brother whilst Jean blames Marilyn’s husband. It is a beautifully written piece about what happens when people once close are on the verge of tearing apart. 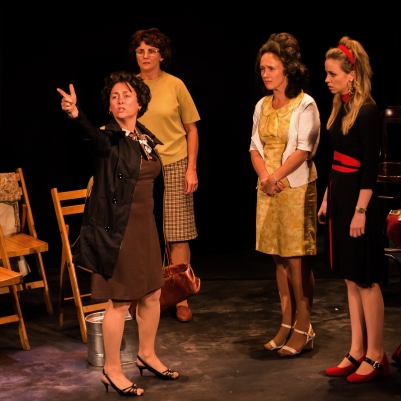 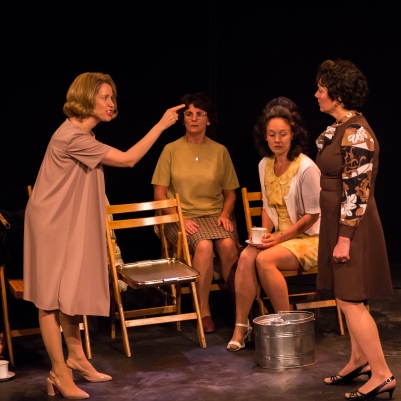 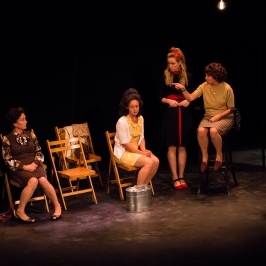 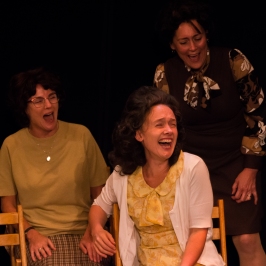 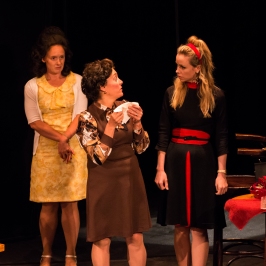 There is also a lot of warmth and a not a single poor performance; Rona’s crass humour and incident with self-tan provide light in an otherwise dark play. There are lots of tales about their schooldays, courting their husbands and love for children they have lost. Bethan Thomas’ as Rona gets the light and dark just right, seemingly obsessed with money she is only taking the only thing those who killed her son have. Charlotte Gray’s anxious and excitable Sian has absorbed deep pain, not only the loss of her son but her husband’s grief too. We are reminded that the fathers in this story do not have a similar group they can turn to as they keep their emotions under wraps.

This ultimately a story about hope, with Revlon Girl proving in many ways there is life after grief but also tinged with much sadness. Many of the Aberfan mothers, fathers and siblings are alive today knowing that those 116 children never lived to see their full potential. This play is a wonderful tribute to all those affected.

The Revlon Girl is on at the Park Theatre until 14 October https://www.parktheatre.co.uk/whats-on/the-revlon-girl