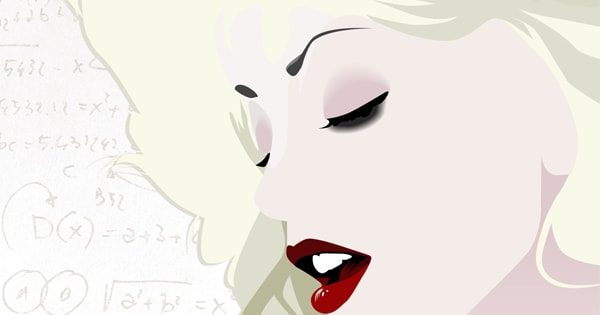 Insignificance should be the perfect Terry Johnson play; characters based on real people based on a slightly surreal concept such as Hysteria, his play about Sigmund Freud and Salvador Dali meeting in 1938 or even Cleo, Camping, Emmanuelle and Dick which became the TV drama Cor, Blimey!

Albert Einstein (Simon Rouse’s The Professor) being visited by a senator (Tom Mannion), an actress (Alice Bailey Johnson) and a ballplayer (Oliver Hemborough) doesn’t sound diverting but when you note that the characters are Joseph McCarthy, Marylin Monroe and Joe DiMaggio it should be an interesting historical play.

Unfortunately, this revival of Johnson’s 1982 play isn’t. The storylines are messy; McCarthy wants Einstein to talk to the House Un-American Activities Committee, Monroe wants to talk science (a whole first half is about how Marilyn was actually really clever doncha know) and DiMaggio is as thick as shit and hit a ball. It doesn’t so much feel as three or four different plays but 1 or 2 half-written plays thrown together.

It doesn’t help that the Arcola is the wrong space for this play. Playing it in the round hinders this piece, which is not sure whether it wants to be intimate or keep us at distance despite this there are engaging performances from all four, though some accents waiver.  Bailey Johnson who gives a strong and sympathetic performance as Marilyn but sadly has nothing to strive for. She comes in all guns blazing early on and has nowhere to go. Even her relationship with Hemsborough’s DiMaggio feels like a backstory that has been given unnecessary attention. Rouse is a great actor, he was fantastic in The Dresser, but I long for him to be given more to do. He potters about and seems to be a sounding board for every other character. Tom Mannion’s McCarthy brings much-needed drama to the piece but ultimately it all felt a bit empty.

This is also one of the many plays on now that references SCIENCE! Why do playwrights assume we are all physicists? For example, Monroe and Einstein explaining The Theory of Relativity scene goes on forever. This scene needs to be cartoonish and full of vitality yet clear but it just can’t manage it, I primarily blame the space but I think that the tone shifts so quickly from Mannion’s menacing McCarthy that the audience feels thrown into the deep end. They even mention Heisenberg’s Uncertainty Principle, a nice plug for Marianne Elliott and Simon Stephen’s work at the Wyndham’s.

This is a nice idea, a fictional meeting of the 1950s most famous minds and faces that needs a much better production to support it.

Insignificance is on until 18 November https://www.arcolatheatre.com/event/insignificance/