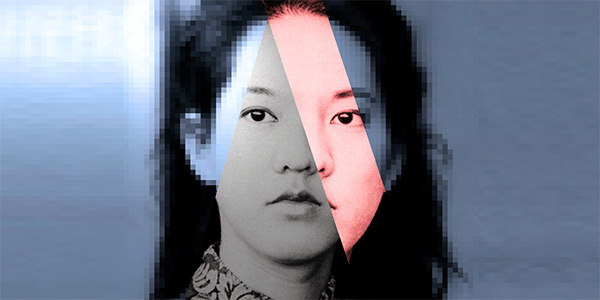 Elizabeth Chan’s performance as Iris Chang is a convincing portrayal of mental illness but the lack of background to her story doesn’t give the gravitas this production deserves.

Iris Chang (Chan) is a journalist, wife and mother whose career becomes dominated by her 1997 book The Rape of Nanking, a study into one of the most horrific genocides in the 20th century, if not history. Nanking’s death toll of 300,000 is compared to various atrocities in history and even exceeds the Holocaust, where 6 million died over a period of years. In Nanking, they did it in 6 weeks.

The production is presented in the form of a lecture; not only how many died but how-babies and bayonets, rapes and sexual assaults, mutilations and beheadings. Did Nanking drive Chang to madness or did her madness drive her to Nanking?

We never find out in Christopher Chen’s play, her home life is dominated by her demons and anxieties but without a programme, the audience has no idea who Chang really is. Showing someone at the end is fine but there is no indication how she got there. ;  Timothy Knightly plays her husband, her lecture tour interviewer and her doctor; blurring the lines of who and what is real in Iris’s mind.

The play also brings the characters of Nanking alive but they feel severely underused; an exploration of Chang’s mind right now and no indication of where she has come from. Jennifer Lim’s character fails to adequately represent Chang’s past, a woman whose grandparents survived the massacre, Mark Ora’s soldier a symbol of her distrust of society and her own capabilities for commuting evil and Amy Molloy as Minnie Vautrin, a woman who witnessed the atrocities and later committed suicide.

Georgie Strait’s work is presented as constantly dreamlike with a misty hue surrounding the stage; are we on the journey with Chan or has it already happened. It looks fantastic but the lack of development; at times the assumption that the audience knows far more about Chang than it does can be frustrating means that this play offers a satisfying conclusion to a story we haven’t seen.

Into the Numbers is on at the Finborough Theatre until 27 January. Tickets from £14 https://www.finboroughtheatre.co.uk/productions/2018/into-the-numbers.php