It is a time of high tension between Russia and the West. A flamboyant, morally questionable American with an implausible surname and Daddy issues is running around making things worse. I can’t imagine what prompted this reshowing of the classic 80s musical, Chess.

Chess really is a musical about a board game. It has three intense set pieces where the key plays play Chess against each other. I’m told that these intense games are in fact modelled on famous games of the past. But obviously watching (especially from the cheap seats) people move pieces around a board is hardly fascinating. The staging handled this well, though with video montages of close up shots of the frustrated players merged with key moments of East/West tensions – the Space Race, the Afghan War etc.

Chess is also a musical about love, about honour, about freedom and about hard choices. It is when these come to the fore that the musical really shines. It is slow to start. The chorus singing in the first half was orchestrated in too complex a way, which meant a lot of the lyrics were lost. I got the vague sense that they were happy to be in Merano, for example, but couldn’t really tell you why. There were some problems with the set. The pieces didn’t seem to line up properly. If this was deliberately arty it was a distracting mistake. 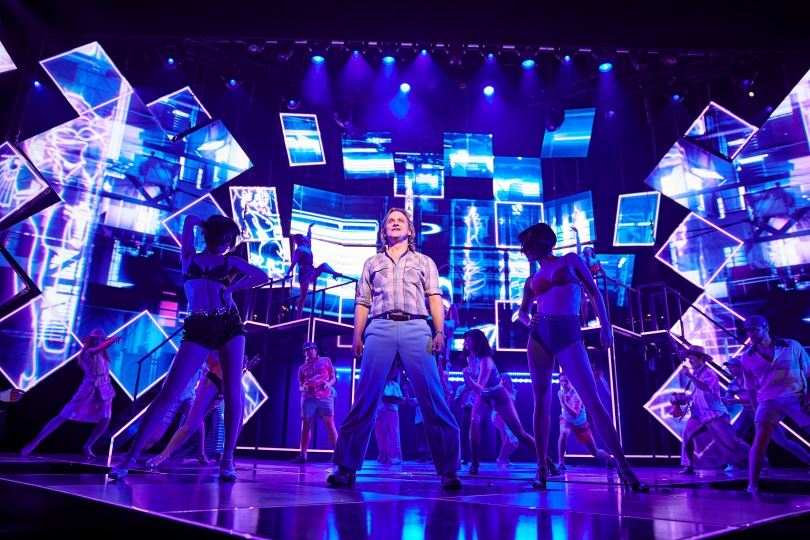 As we get to know Anatoly (Michael Ball) and the women who both love him, Svetlana (Alexander Burke, underused in the first half, but magnificent later on) and Florence (Cassidy Janson), and the both complex and superficial Freddie (Tim Hower) we fall deeper into engagement with the drama.

It is in the second half that Chess really comes into its own. It has all the singalong hits for a start. Here you get Burke’s glorious rendition of He is a Man He is a Child, and Hower’s energetic One Night in Bankok – where the busy staging came wonderfully to life. And of course, you get the magnificent karaoke classic I Know Him So Well. Incredibly tough not to just do Elaine and Barbara, but both actresses made this their own. Though I could hear the rest of the audience straining just as I was not to sing along. 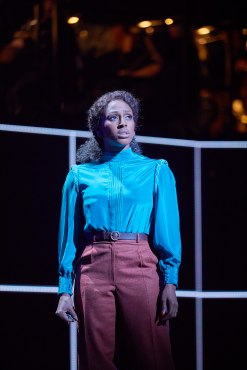 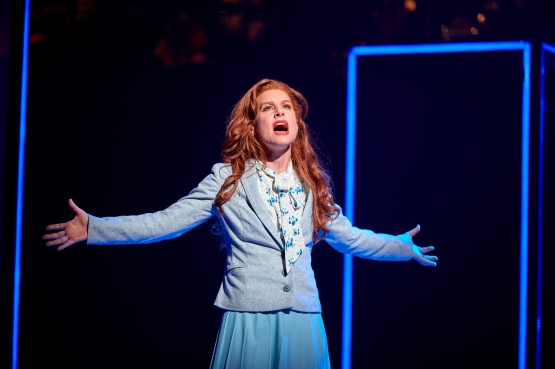 Chess is an entertaining spectacle. It’s not high camp, or maybe it’s just high enough camp. Its winning combination of the lyrics of Tim Rice and the music of Benny Andersson and Bjorn Ulvaeus remains completely charming.

The musical has universal themes as well as some we might not have ever expected to return to when the Cold War ended. The choice between loyalty to your talent and a yearning for freedom, love of your family and a need for passion, patriotism with oppression or stateless freedom are all posed. The chessboard may be black and white, but none of the answers are.

Some of the political themes are remarkably current. The Embassy Lament, for example, could have been written about Britain’s current ‘hostile environment’ policy. What goes around comes around.

While it is true that nothing is so good it lasts eternally, Chess has stood the test of time.

Chess is on until 2 June https://www.eno.org/whats-on/chess/