Arrow and Traps’ re-telling of the story of The White Rose is apt in times of increased authoritarianism around the world. In Sophie Scholl, the most famous and youngest member to executed by the Nazi Government for treason, Lucy Ionnou shows us the human behind the activist.

In two hours this production covers the short time frame in which the student movement caused chaos but quite a revolution. Hans Scholl (Will Pinchin) is the older brother of Sophie, along with his fellow classmates and friends from his national service days, the religious Willi Graf (Alex Stevens), young husband and father Christoph Probst (Pearce Sampson), Traute Lafrenz (Beatrice Vincent) and fellow medical student with aspirations to be an artist Alexander Schmorell (Conor Moss). Young and frustrated with what they see around them they produce leaflets in their Munich flat, that spread across the German resistance network. The characters move from optimism to defiance to defeat in only 4 days. This story entwines with Sophie’s arrest after a caretaker sees her and her brother spread leaflets around. Christopher Tester as her interrogator Robert Mohr tries in vain to help her avoid conviction but Scholl’s principles matter to her more than her life. 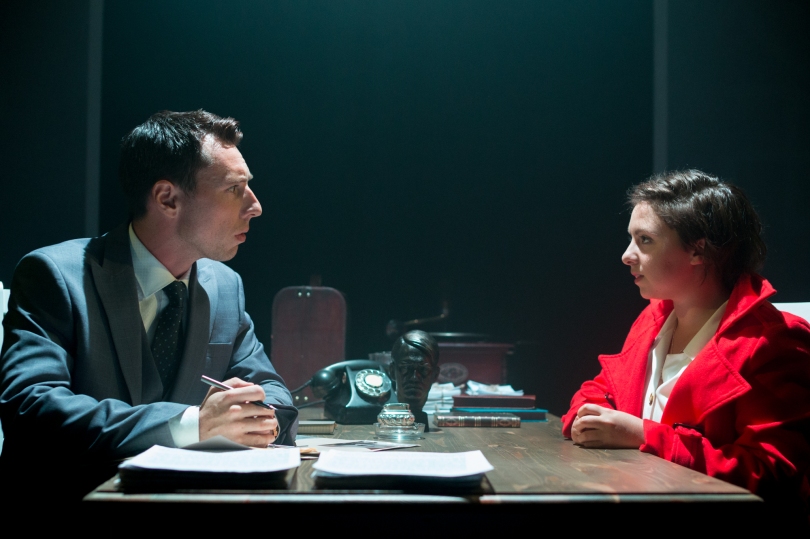 This is a well-written and performed play from Ross McGregor, adapted from A Noble Treason by Richard Hanser, showing Sophie’s romance with a soldier who cherishes the army over the men behind it and gives background into their relationship with resistance. It also isn’t afraid to suggest that these young teenagers came from a position of privilege but were naïve to think the masses were able to rally behind them. Sophie’s cellmate, Else (Cornelia Baumann), keeps insisting the allies are coming but it is only February 1943. The young people talk fondly of a life after the war, the tragedy is that we know they will never see it and perhaps the bigger tragedy is that their authoritarian lives may not have ended with the defeat of Hitler. This is one of the highest quality fringe productions I have seen in a while

McGregor’s direction is bold in a such a small space with intense choreography from Roman Berry and aided by lighting from Ben Jacobs to show the cold blue of the cell and the warmth of her life in Munich. To modern eyes it is a sad and baffling story of how rebellion can lead to death; these young activists had their whole lives ahead of them and were used to prove a point to the public; to keep quiet and support the Reich at all costs. 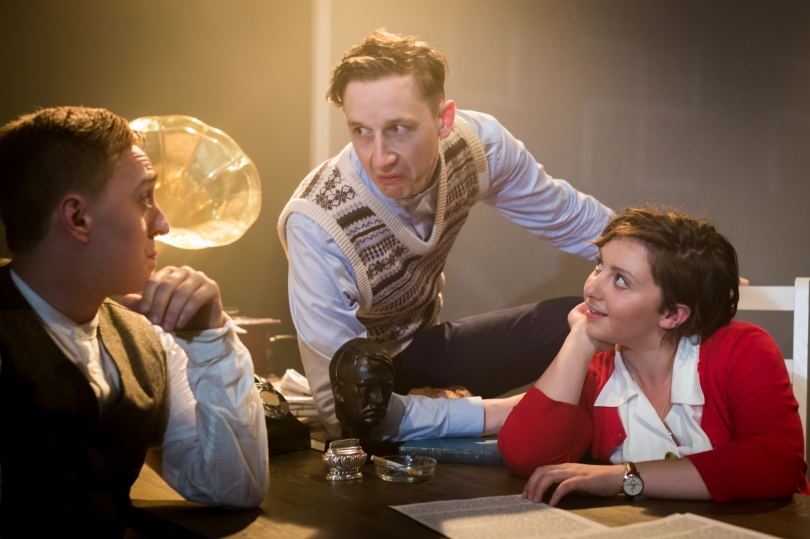 This is a story of courage, principles and most importantly an entertaining and moving story of those that pay the ultimate price.

The White Rose is on until 4 August https://brockleyjack.co.uk/jackstudio-entry/white-rose/ Tickets from £13