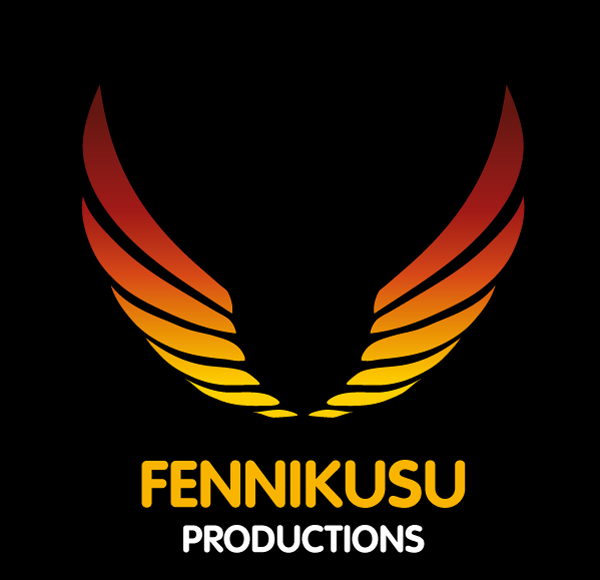 Why did you choose the name Fennikusu?

“’Fennikusu’ comes from the Japanese word for “Phoenix” which is traditionally associated with rising from the ashes or the flames. What I wanted was an active word and image that would inspire people previously under-represented in the arts to rise up and use us as a platform to express their truth. I want them to rise up and challenge stereotypes around their situation too and instead portray things as they really are. The fiery orange in our branding speaks of the passion and energy I want Fennikusu to bring to that process. ”

Your aim is to welcome those who previously felt excluded by the theatre industry. How easy is to work with people to continue in an industry where they have been relatively unwelcome?

“There are far too many barriers in this industry for people from disadvantaged or minority backgrounds. One of those includes being able to afford to be an actor. Even beginning in the profession requires an outlay for headshots, showreels, membership of Spotlight etc. which is beyond some people. Our motto is, “If you are not invited to the party, hold one yourself” and our door is open to people from all kinds of backgrounds with artistic talent, from actors to spoken word poets. We support our talent beyond their work with Fennikusu; and for example, one of the performers at our recent “Stigma” mental health showcase who delivered a true-life monologue on domestic violence, has since gone on to develop this into a one-woman show with our support.”

Manchester is a diverse city. Is this reflected in its theatre?

“Not as much as we would like. At Fringe level, there has been a lot of inspirational theatre around LGBTQ issues but everyone from people of colour to older working-class men and the disabled is under-represented. That is not just on stage, but in production companies and in the audience. We would like to spread Fennikusu’s work to other towns and cities and are encouraged that everyone from Liverpool to Oldham has thriving independent theatre scenes springing up. “

Does being out of London put you at an advantage? Are former London based producers/creatives now heading North?

“The creation of Media City in Salford has had a massively beneficial impact for screen actors and we have seen some actors from Greater Manchester’s independent theatre scene on primetime TV dramas recently. The tie-in with Salford University means there are more young filmmakers coming to the region, too. But we still hear stories of how Greater Manchester based actors are having to travel to London for castings for shows staged in our region which is all about the North! That’s lunacy and means people who can’t afford trips to the capital are missing out.”

Tell us about your upcoming projects

“I am really excited about producing a piece of physical theatre around some brilliant spoken word by LGBTQ writer Rosie Staniford in January, called “Again”. This is about sexual assault and is very current obviously with the #MeToo campaign. Along with actors Sarah Wilkinson and Pete Gibson (who have done so much to establish Fennikusu Productions with me) we are reprising “Stolen Moments”. This is a play about an interracial extra-marital affair between a young woman and an older man, and we are performing this on Valentine’s Day next year. The play focuses on how sex and the sometimes dangerous positions we put ourselves in, can be a form of escapism. I also plan to stage “Skin Deep” next summer, which is based on my own personal experiences of living with an eating disorder. One of the things I wanted to get across is that bigger people can get eating disorders, too. There will also be workshops and writing collaboration projects. As you can see, we are not afraid to focus on controversial issues but we also make sure we are non-judgemental. Fennikusu Productions is about giving people a voice to express their reality.”