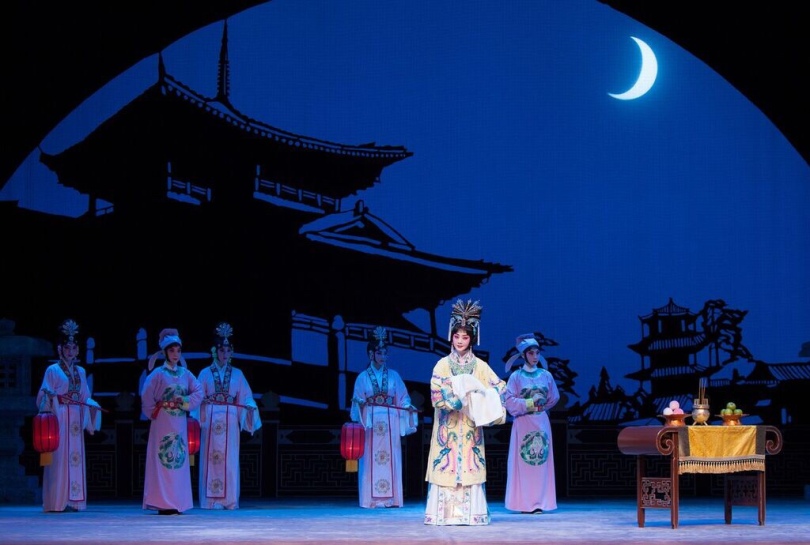 It can be hard, sometimes, to take the distant past seriously, and the stylised flamboyance of the Peking Opera might seem an odd place to try, but the message here is powerful and well worth listening to.

At the climax of The Emperor and the Concubine the main character makes a choice that is, simultaneously, personally devastating; purely symbolic, and; determinative of the future path of the Kingdom in a turbulent moment.

It is a potent reminder of the importance of symbolism in politics, and of the oft-forgotten truth that even dictators (and Emperors) need to govern with consent, in some form or another. In all systems of government that consent relies on a measure of symbolism, as much in modern day techno-democracies as in the medieval Tang Dynasty when this play is set.

The performances are remarkable, showing both talent and discipline from the performers, and the costumes are impressive, though the sets are at their best when they’re at their simplest.

Peking Opera is, perhaps, even more than western opera, a formalist genre and the scope for individual expression – from performers, crew and (dare I say it?) reviewers – is limited, though this makes those choices one does have all the more important.

It is hard to fault the choices of this production, where the powerful performances truly brings out the significance of the plot points which are outlined rather blandly through the super-titles.

Peking Opera is of course a genre all to itself, though this particular story has a great deal in common with western opera, insofar as it tells of a tragic love storycomplicated by abuse of power, and does so almost entirely though song. If there is a downside to this it is that the play can seem someone drawn out, especially in comparison to the two taught and energetic plays of the second day (which will be reviewed separately).

Other Peking Operas, including the two shows on the second day of this current set, are very different, focusing on spoken dialogue, acrobatic martial arts, mime and farce.

The theatre goer who is primarily driven by sensation will find plenty to enjoy here in the superhuman performances of the singers, and the lush costumes and backgrounds.

The theatre goer who takes a more analytical line will be well advised to read up in advance on the particular styles and forms.

Both, though, will find plenty here to satisfy them, if they have the patience.

This production was on 19-20 October https://www.sadlerswells.com/whats-on/2018/china-national-peking-opera-company-the-emperor-and-the-concubine/