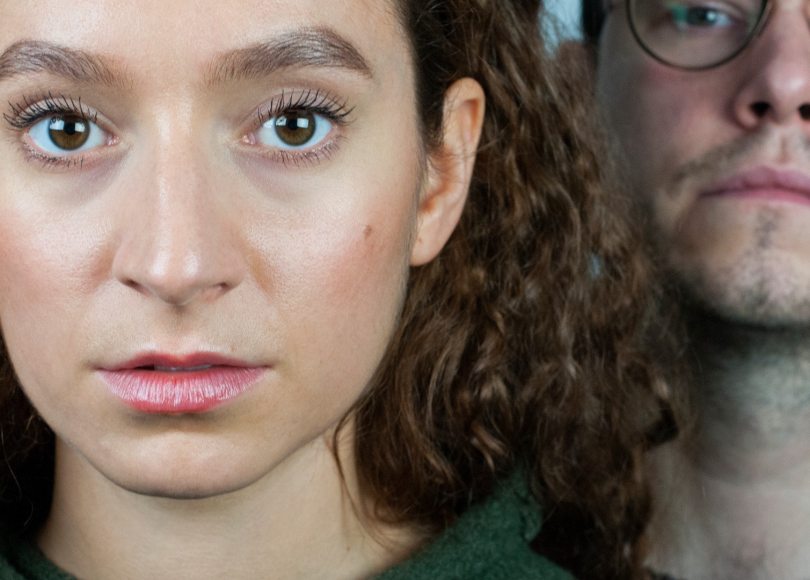 It was by reading Nabokov’s Lolita that I first learned the difference between the authorial voice and that of the narrators. In this interesting new play, the same complex subtleties are played with as we see the relationship of Lola to two of her teachers, to her body and through her telling to her fellow pupils.

The influence of the Nabokov original is clearly there to see – indeed a copy is even used as an onstage prop – though is not alluded to. Instead, another book – The Collector by John Fowles is centered. But still – Lolita has been such an all-pervasive meme in our culture that it is an important touchstone here. And Lola’s name is surely a nod to that.

What fascinates is the development of our thinking about the Humbert Humberts and Lolita’s of the world. When I was growing up in the 70s and 80s, referring to a young girl as a Lolita was understood as shorthand for the girl being too sexual. Thankfully, in these post-Saville days, the narrative has moved on and we have a far greater understanding of consent, gaslighting abuse and power. These are the themes well explored in this one-hour play.

Lola (Gemma Barnett) is a young woman of 18. Still at school and struggling with her relationship with her large breasts and the attention of a fellow classmate in whom she has no interest. She turns to two of her teachers to support her – one male and one female. It is this support that the action of the play develops through as both ‘by the book’ Liv (Joanne Ferguson) and ‘matey’Jez (Rob Ostlere) support and let her down as she crashes towards self-destruction.

The interactions between the three –only ever depicted in pairs – always keeping someone out of the loop – are fascinating. We feel Lola’s frustration at Liv’s bureaucratic inability to help. We sense her need for Jez’s understanding. At times we feel his frustration at the conversations he has with Liv about what is appropriate. Are we too being gaslit?

I don’t want to give too much away, but what is most striking is the disparity in the social opprobrium afforded to Liv and Jez for letting Lola down.  I opened this review by talking about how far we have come in our understanding, but certainly, this play will question whether we have come far enough.

There are a few issues I found with the piece. The surrealist elements – added I think (though it’s not totally clear) to show Lola’s self-harming moments – didn’t really work as well as the rest of the play. Some of the staging was a little clunky (this is as much a feature of the vaults set up as the direction though).

Most critically was the question of Lola’s breasts. It wasn’t – for me – a necessary motif. Women and girls of all shapes and sizes will experience the issues portrayed here. You don’t have to be unusually shaped to be uncomfortable with your body (and as an aside, the actress wasn’t particularly unusually shaped). It added a layer that I didn’t feel was needed.

But that aside, I thought this was an interesting, engaging and thought-provoking drama. For a debut writer, H.L. Nixon has done incredibly well to draw out the subtleties and grey areas that allow gaslighting to flourish.

Lola is on until 27 January at The Vault Festival https://vaultfestival.com/whats-on/lola/