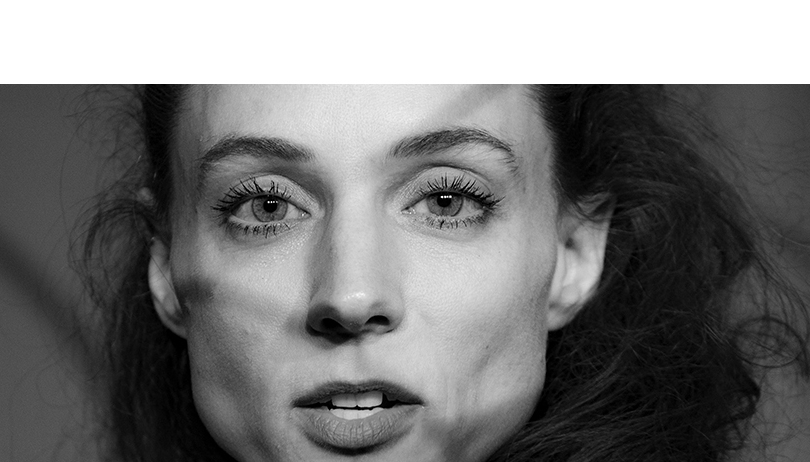 Za’Atar Rain is a small but extremely dynamic one woman show. It is the story of a mystery phone call between two cultures who cannot meet and the journey – real and imagined – of one woman across a border she is not allowed to cross.

Written and performed by Maya Goldstein, this is a story with sympathy and empathy for all sides of the conflict in the Middle East. It is both based on real events and a triumph of the imagination.

Goldstein is an accomplished storyteller and emotive and physical performer. In the small space of CentrE17 she held the eye of audience members and challenged our preconceptions of her, of Isreal, of the Middle East of borders and – somewhat bizarrely – of pigeons. No really!

This is a sparse show. There is animation and voice over to support what is otherwise a one woman show, but without Goldstein’s command of her craft it would fail. That is does not is tribute to both her and to director Shir Freibach who has sculpted this story into a piece that tells wider truths about the many worlds we inhabit on this one planet.

This piece deserves a wider audience. It too deserves to cross the barricades and break through into bigger spaces. It tells a universal truth about the nature of our better angels and the friends we need to assist us in hearing them.

I have never tried Za’Atar before – it looks delicious. Zesty and spicy – adding flavour to life. This play added flavour to my thinking about borders and the Middle East that has been long needed. I will be trying Za’Atar soon, I hope more will get the chance to try this show.