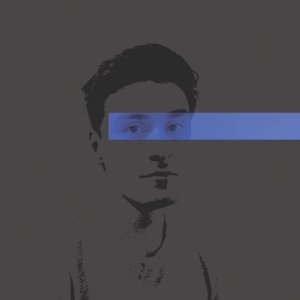 Giving up Marty, written by Karen Bartholomew, looks at the impact on adoption when the birth family comes looking. Joel has turned 18 and living a secure life with his adopted family. When his birth mother and sister track him down he faces questions about his identity. I spoke to Karen about her play, the romanticism of adoption reunions and the issues with telling a story like this in fringe theatre.

You’ve mentioned your own experience of being reunited with your birth family when a young adult. How has it shaped your Giving Up Marty, if it all?

I cannot think of anything more destabilising than adoption reunion after eighteen plus years of having never known your birth family. The experience is extraordinary and not without a huge amount of courage for anyone who participates in it.  It is quite bizarre, surreal and isolating, as anyone from my adopted generation will know. So the piece is written from a historical context, when adoptions were closed, so neither party knew anything until you turned eighteen and the law at the time, maintained that the instigator of any reunion came from the adopted adult, however this was not always adhered to.

The characters and story have been developed over time, but the emotional insight and entanglement that all the characters find themselves in, is something I understand very well indeed and I felt that very real experience was something that has long been missing from dramas that contained adoption storylines. Adoption and reunion specifically is largely misunderstood and not always treated respectfully. There are many perceptions, assumptions, a lifetime of intrusive questions and the person, I always felt was heard the least, is the adopted adult. This play, gives that voice and it is my tribute to every one of us, who is adopted.

Shows like Long Lost Family provide a romantic and emotional view of adoption reunions. Do you think it reflects the reunion experience for the majority of people.

That programme, hmm, I laugh responding to this. If you research any adoption forum or organisation, the majority response about that show is far from complimentary. I’m not knocking anyone who has been on the show, and if it’s brought them happiness, completion, what they needed, that’s great. What concerns me, is the simplistic, formulaic approach with the tinkle of ivories and the iconic park meet?? It’s kind of galling. All our stories are different, painful, and extremely complicated. It always seems to reach such an easy buoyant conclusion, and I honestly cannot see how that represents the majority of reunions.

Statistically more reunions break down than survive. Reunions will beg a thousand more questions than will ever be answered. It simply doesn’t stop with a tearful embrace. It feels uncomfortable to watch something so personal and painful to individuals to be beamed into everyone’s living rooms. It’s not an easy watch, but I was interested to see if there was any truth in the bigger picture, personally, I don’t see it. It’s presented as everyone is searching, (everyone is not), and everyone is completed in reunification. I could not disagree more.

Adopted parents are airbrushed from most of their stories, conveniently dead or hardly mentioned at all. It seems wrong to ignore them for the sake of the maximum emotional storytelling. I worry for younger generations, who watch the programme, might go away thinking, it all ends so happily. It’s not to say it’s all doom and gloom, but it certainly is complicated and takes a huge emotional punch, that I question whether it’s totally recoverable from? I’m mindful that not everyone will agree, and that is absolutely fine, but there are different opinions out there and Long Lost Family is representative of one narrative and that is irresponsible, if not dangerous.

The nature of adoptions is changing, with children more likely to be taken away than given up. Do you think society is preparing young adoptees for reunions in these situations?

Adoption changes from decade to decade, so I’m less familiar with how it is now. I can’t really comment on today’s structure, as I don’t really know enough about it. Forced adoptions are hugely contentious and the feelings around adoption generally evokes very strong feelings and different opinions on it. My gut feeling would be that ‘society’ isn’t prepared because ‘society’ doesn’t understand adoption reunion and the immense pressure and emotional disturbance experienced by those who go through it. But, I do believe there are greater support services out there, to guide young people through a myriad of whatever awaits them. And they need it!

I had ‘one’ meeting with a social worker, who seemed more interested in the curiosity between my birth family and myself more than anything else. Just ‘one’ meeting. No counselling at all, one meeting. That is shocking, if not shameful. I have my own inner strength and my adoptive family to thank for the foundation that got me through it. Support is needed not just on day one, consistently. You don’t ever stop being adopted.

The show has a large cast. What challenges have you found staging this production?

Where do I start? [laughing]. There’s finance firstly. I always wondered how the heck we were going to get this on. So I set up a crowd-funder and we raised over £7,000. Our backers have been exceptional and many of them friends who believe in the worth and purpose of this piece of theatre. Adoption does need a face lift, but one with natural ingredients. So here we are. Thankfully our Arts Council bid was successful and we were able to green light the show. But backtrack to two years, to our R+D, which we felt was imperative in the preparation of a strong foundation to this work. There we engaged with Coram (adoption charity), Paines Plough Roundabout and Soho Theatre, who hosted all our rehearsed readings and convinced us to move towards full production. Alongside, Annie Sutton, the director of Giving Up Marty, we have been working tirelessly to build relationships and a platform to showcase this work. When the Vaults came through, we seized the opportunity to be included in such an important festival of new work. Typically, every theatre company knows, there’s a drama within a drama, days when chopping off your fingers might be more fun, but despite some logistical headaches, tiring days, endless coffee and a wing and a prayer, we’ve weathered the problems, as all creatives do.

But, can you lend me a fiver?

What next for you and for Giving Up Marty after it run at the Vault Festival?

Wordsmithery are publishing the play, which is fantastic news. Then we are delivering a charity performance for Coram, and theatre dates, followed by post show discussions. I’m not always a fan of post-show but it’s absolutely needed with this play. We know from the Coram reading, that the play prompted important and passionate discussions and that’s what we want, that adoption moves centre stage, void of awkwardness, the echo chambers of twitter, the silenced pain and that it becomes part of our common language where anyone can talk freely about it. Coram wanted us to tour the UK with it, because of the impact and raw honesty of the play and because of the communality of theatre, believe the play can instigate those powerful conversations. In order to do that, we need the expertise of a skilled producer and production team behind us to enrich and develop the partnerships we have already built. For now, we are thrilled to debut ‘Giving Up Marty’ at the Vault Festival, followed by a short tour and outreach work. It’s really just the beginning.

Giving Up Marty continues on tour in March and April 2020