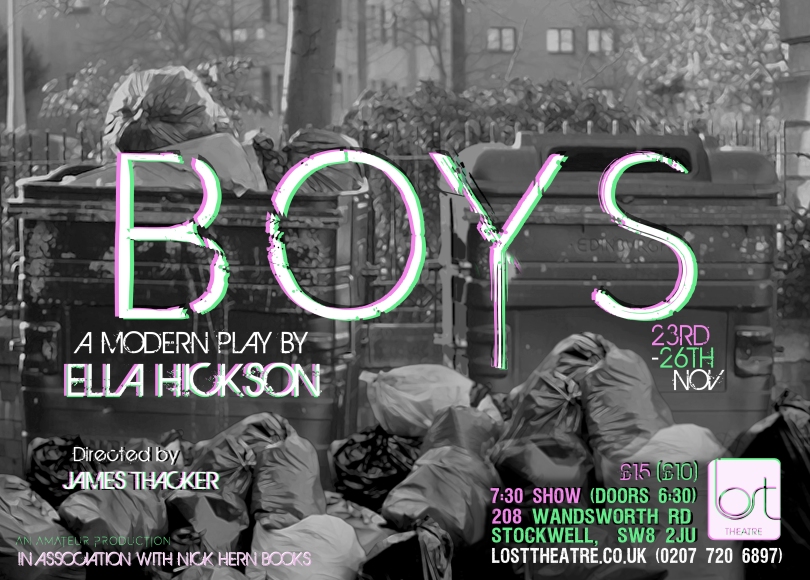 On an unusually hot summer’s night, Benny and his band of compatriots – a punk, a prodigy and a poet – drink to the end of an era. With revolution and resolutions the order of the day, and time quickly running out, Benny just wants to fix everyone’s problems – and ignore his own demons at all costs. Amidst a sanitation strike in Edinburgh, the garbage keeps mounting, but there is more than the smell of rotting rubbish hanging in the air. Nostalgia soon turns to soul-searching and division as everyone’s dirty laundry is aired one last time.

Boys debuted in 2010 at the Soho Theatre, produced by Headlong. Her current play Oil premiered at Almeida in October 2016.