Award-winning actor Bill Ward, who left ITV’s Emmerdale in a murderous exit this 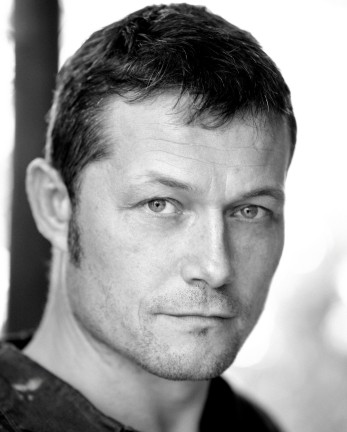 October, is to star in the next thrilling stage adaptation of multi-million selling author Peter James’ Not Dead Enough. Appearing alongside Laura Whitmore and Stephen Billington, Bill Ward will play Peter James’ famous literary Detective Superintendent Roy Grace from Tuesday 18 April 2017, following in the footsteps of Shane Richie, who as previously announced, plays the role from January 25th until Saturday 15 April.

As well as his 3-year run and a recent explosive exit from his role as Emmerdale favourite James Barton (2013-2016), Bill is perhaps also best known for his multi award-winning turn as the villainous Charlie Stubbs in Coronation Street(2003-2007). Bill’s West End stage credits include Johnny in Viva Forever (Piccadilly Theatre) and Sam Phillips in Million Dollar Quartet

Following Peter James’ 11th consecutive Sunday Times No.1 in the UK Book Charts and the huge sell-out success of The Perfect Murder and Dead Simple on stage, the thrilling work of multi-million selling author Peter James returns to theatres in January 2017 with the world premiere production of Not Dead Enough.

On the night Brian Bishop murdered his wife, he was sixty miles away, asleep in bed. At least that’s what he claims. But as Detective Superintendent Roy Grace continues to deal with the mysterious disappearance of his own wife, he starts to dig a little deeper into the chilling murder case and it soon becomes clear that love can be a dangerous thing.

No stranger to theatre, Laura Whitmore’s acting career began at a young age with the Leinster School of Music and Drama in Dublin. In the very same year that she completed her Diploma in Performance with a special honour for her final performance, she was chosen as the new face of MTV Europe. Laura is best known for her work as a presenter for MTV, The Brits, I’m a Celebrity Get Me Here Now, and most recently for gracing our screens as one of the stars in 2016’s Strictly Come Dancing on BBC1.

Bill and Laura are also joined on stage by award-winning actor Stephen Billington, best known for television roles in Coronation Street and Hollyoaks as well as film roles including the Academy Award-winning Braveheart.

Not Dead Enough is the third novel in the award-winning Roy Grace series and now becomes the third play in his box office smash hit and critically acclaimed stage franchise. James has been acclaimed as ‘one of the most fiendishly clever crime fiction plotters’ (Daily Mail) and his brilliant international bestselling Roy Grace novels have been published in 36 languages and sold over 18 million copies worldwide. Following the nationwide success of The Perfect Murder with Shane Richie and Jessie Wallace earlier this year, Not Dead Enough will reunite Peter James with theatre producer Joshua Andrews, the Olivier award-winning director Ian Talbot and award winning writer Shaun McKenna.

Tour dates and venue are listed on the website http://www.peterjames.com/plays/not-dead-enough/