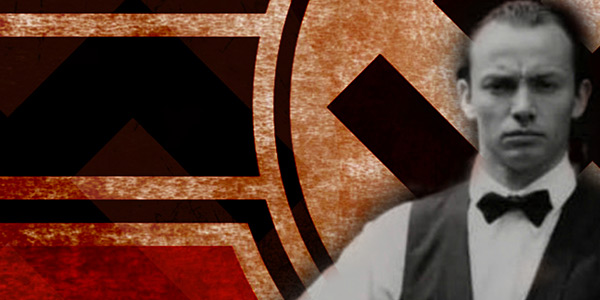 Arthur Miller’s ‘forgotten’ play is timely revived by Phil Willmott. Set in a detention room in 1942 Miller’s 1964 play is the story of hope, rumour and sheer disbelief that anyone can be a victim because of their race. Willmott’s decision to stage the production in an all white room seems ludricous at first but with its large cast and symbolism it feels like we are in a heavenly waiting room, some men’s fate will be determined by their race, their religion and whether they have been circumcised.

The cast is large (13) and you can see why producers avoid this production, it must cost a fortune and you can forgive the lack of set under the circumstances but Miller needs to represent all spheres of society who found themselves victim of the Nazi regime; the waiter who overhears about the furnaces from Nazi officers who come into his cafe, the actor in disbelief that Germans he performed for would turn on him, the aristocrat whose musicians he patroned in Austria have been killed amongst many others. The risk with such a work is that you cannot make all the characters work. The Old Jew is symbolic and says nothing, when his voice is just as important as anyone elses, the misunderstood Gypsy soon disappears to be never seen again. As much as Miller’s work is symbollic it doesn’t feel like a play that truly wants to explore its characters but to simply make sure they are seen, that they are remembered.

The strength is in the performance and production, it feels very film-like with Gethin Alderman’s Doctor taking charge as a man who knows how bad it can get and has failed to protect himself as well as others whilst resenting the gentiles such as Edward Killingback’s aristocrat weeping for Jews but not taking any responsibility for what has happened by collobarating, even indirectly, with the enemy. Miller’s work is strongest as characters disappear into their futures and they have the space and time to explore their feelings, their past and why they are there.

There are some great early performance from Lawrence Boothman as the nervous artist, convinced that his papers will save him but always aware that this is leading to something he can’t control, Brendan O’Rourke as the electrician, a man with communist leanings who blames the French as well as the Germans for the country’s predicament, PK Taylor as the actor who simply can’t believe that Germans would spend time and money burning people in Poland and Michael Skellern as the waiter, with such an expressive face and a Jew quick to judge Andro Crespo’s gypsy. It feels like a production where you are seeing many future faces, a feeling I haven’t had since seeing David Dawson in Lyric Hammersmith’s The Comedians revival back in 2009.

It is overall a great ensemble piece and flows by with real cohession, the only weak link feels like the scenes between the French major and the German officers and I question why these scenes were produced by Miller but it doesn’t have the emotional bite of some of other Miller’s works and the slow build over 90 minutes means it is a stunning piece of work but very different to not only Miller’s 1950s productions but also anything else on in theatre. It will be a real shame if this doesn’t transfer to a bigger audience, especially as many of condemnations of races/religions get louder post-Brexit.

Incident at Vichy is on at Finborough Theatre until 22 April. Tickets from £14 http://www.finboroughtheatre.co.uk/productions/2017/incident-at-vichy.php