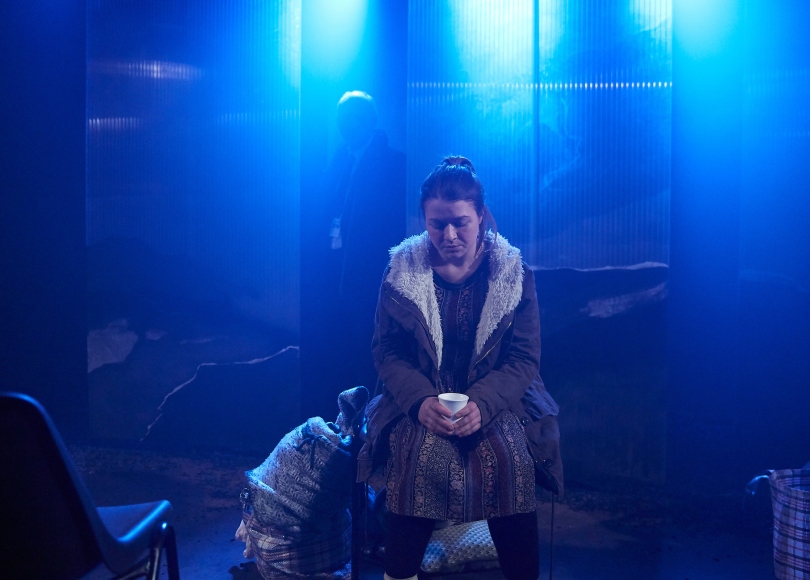 Some thrillers go straight for the throat. Some follow a relentless thread to the denouement. The Moor takes another, more interesting route, circling around mystery and truth, revisiting one incident, or one night, swirling the audience in deeper to the answer to the mystery. Catherine Lucie’s’s new play pulls off the excellent trick, of giving the audience a denouement that resolves the mystery, while still maintaining the possibility that something much weirder is afoot.

The Moor is a three-hander with just three characters: Bronagh (Jill McAusland), a sweet, nervy young mother living in her late mother’s rather sinister house on the (you guessed it) moor; Graeme (Oliver Britten), her live-in boyfriend, loudly physical and an unexploded bomb of potential violence; and Pat (Jonny Magnanti), a decent-hearted police inspector, who knew Bronagh a long time ago. 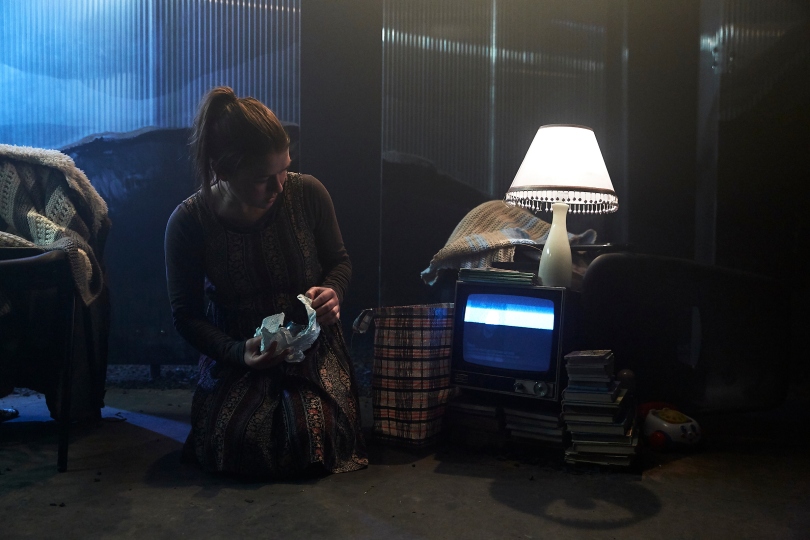 The nub of the plot explores what happened the night before the play begins and whether it included an act of serious violence. Layers of unfolding truth and uncertainty lie between the audience and the answer. I suspect which layer you stick with varies by the audience member, and whether folklore or police craft is closer to your understanding of the world. It’s a tribute to both writing and playing that we form a strong impression of each character at the start, to the point where it’s hard to let go when questions start to form – and that those questions arise for all three characters. This is not a play full of artificial twists and gimmicks. It’s about truth, memory, and the stories we tell ourselves when life goes awry. We have to care about the characters to care about the truth.

McAusland, in particular, has to carry the piece, on stage from the moment the audience enters. She is well up to the challenge, endearing and perturbing by turns, and relishing the moments when Bronagh turns narrator, storytelling for her audience. These feel essential to the structure of the play, allowing for shifts and resets in our understanding and in the timeline. She is indeed an unreliable narrator; she knows it, and she tells us so. Britten’s brutish Graeme gives us an unsettling experience in the small pub theatre, too big a man with too high a temper to be confined here. We’re all trapped with Bronagh, in their dark little house, uncertain what he’ll do next. Magnanti gives us a great deal too in the less showy role of detective; there’s plenty of hinterland for this copper. 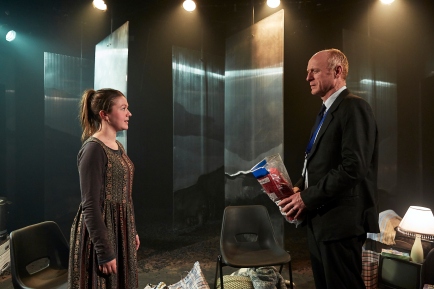 The tense circling of plot and (mis)understanding is helped by the short running time (80 minutes as billed, a touch longer in practice). The simple vertical-panel set evokes a chill, increasingly misty, indoors, full of unseen spaces and entrances, with an ever-present moor beyond. An eerie song chills with repetition. Small domestic objects take sinister turns, but never to the point of absurdity. Blythe Stewart’s direction ensures the pace is fast, but never glib. It all hangs together – deceptively easy, but a hell of a trick to pull off.