To whittle down a 500+ page book into nearly two and a half hours of theatre is an epic task. Adaptor Ken Bentley manages to do the job succinctly, nothing feeling particularly rushed or crammed in, despite its vast story, interweaving character arcs and time hops, there seems to be space to breathe, and that’s quite a feat.

The story follows Pip, from boyhood, in the care of his sister and the quiet, unassuming Blacksmith Joe Gargery, (including his encounter with shady convict Magwitch) through the years until, with a little bit of help, he becomes a young man of ‘Great Expectations’. Sean Aydon as Pip does a very convincing job of conveying the journey of a boy, to a young man, to adult, almost entirely through vocal work. There are no fancy costume changes to help, everything is kept minimal and this I think is where the production succeeds.

The set, a simple central structure, that offers height and interest to the staging, is used to wonderful effect. Designer James Turner has created an inventive set that can be manipulated into whatever and wherever it needs to be. Partnered with Sophie Boyce Couzens’ Direction, every inch of the stage is utilised to its maximum, keeping the pace that is needed for such an intricate yet vast storyline. Scenes flow from one into the next beautifully, peppered with beautiful moments of music or movement that give you a moment to pause without losing any momentum. 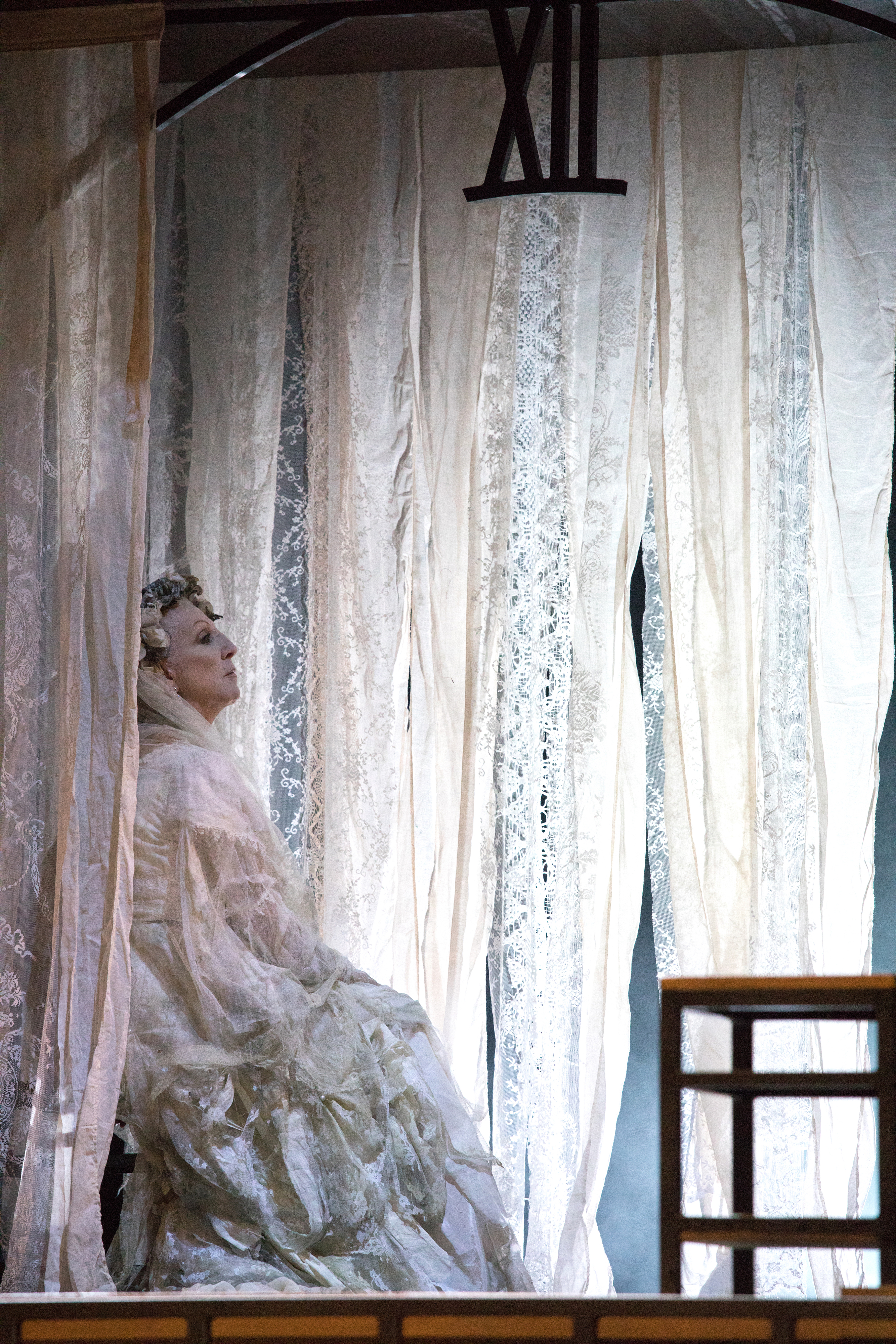 As Miss Havisham, Nichola McAuliffe had much less stage time than her co-stars but she succeeds in making her presence felt when she appears. She is cold and distant, haunted by her past and driven by her bitterness. From how the rest of the show was handled, I was really looking forward to her ‘Big Moment’ (No spoilers here) and was a little disappointed that it wasn’t this big, exciting, overly dramatic scene…but perhaps my expectations were a little unfair.

Aside from Pip and Miss Haversham the rest of the 6 strong ensemble take on the remaining roles, and there are a lot of them. Often when there are so many parts split between so few actors, characters can start to blur and you lose track of who is who. It is quite an achievement from this company that that didn’t happen once. Each character was clearly defined and a massive well done is deserved to Daniel Goode, Isla Carter, James Camp, Eliza Collings, Edward Ferrow and James Dinsmore.

This neat production will continue to tour until the end of June, and it is a must-see for any Dickens fan.

Great Expectations is on until 2 June, continuing on tour until 23 June.  Tickets from £18 https://churchilltheatre.co.uk/Online/tickets-great-expectations-bromley-2018