Well. This was unexpected.

Sirens of the Silver Screen inside the Tabard Theatre was going to have to work hard to keep up. First impressions were fine, but no more. There was a nice enough backstage-style set, a musical duo, and three pairs of symbolic shoes by a chaise longue. Smart black for Audrey Hepburn. Silver sparklers for Marilyn Monroe. And, what else but ruby slippers for Judy Garland? So far, so familiar. 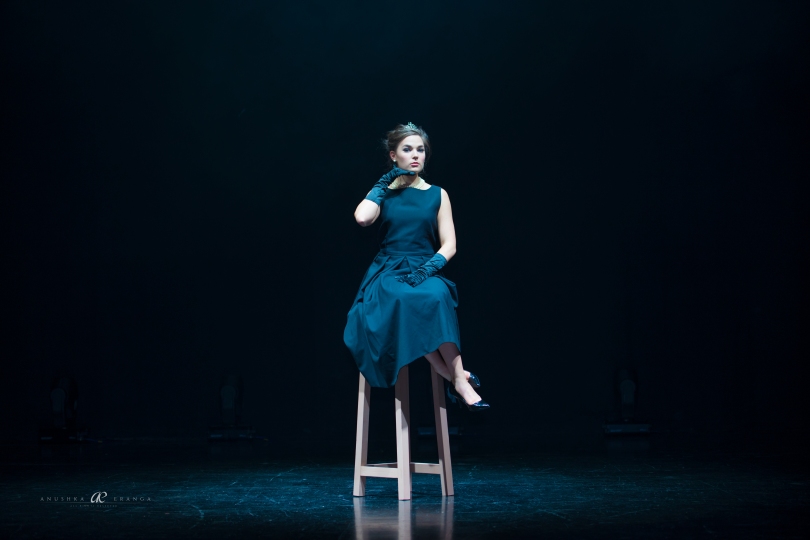 Then Beth Burrows hit the stage in her one-woman show, dolled up as Dorothy-era Judy Garland, and belted Over The Rainbow. Huh, I thought. At least she can sing. Then she stopped singing. And spoke. Her own voice, not Judy’s. And I realised I hadn’t at all understood what Sirens was going to be.

This isn’t a play. It certainly isn’t a simple singalong night of mimicry of three Hollywood greats. It’s part cabaret, part tribute, part illustrated screen history lecture. It’s an odd combination, but a rather wonderful one. You think you know Audrey, and Marilyn, and Judy – you kind of do, and Burrows makes sure to remind us of just why they were so famous and adored. But she’s also looking at the difficult, the tragic, and the personal. All three women left private writings – unpublished autobiography, poems, letters – and Burrows makes sure to show us inner thoughts alongside outer lives.

She perhaps overuses blurry film clips of the stars’ young days, as the quality isn’t really high enough to keep us riveted. But I’ll forgive that, they are mostly covering the costume and performance changes between her three sirens, and Burrows makes the wait worthwhile. You never quite know which mode Burrows will be in when she reemerges. She’s fierce, original, and analytical at times, drawing links between her three Sirens, whether it’s famous drug habits or shared hairdressers or the lack of a father figure among the three. (Her rendition of ‘My Heart Belongs to Daddy’ is wonderful, but also incredibly creepy in context.) 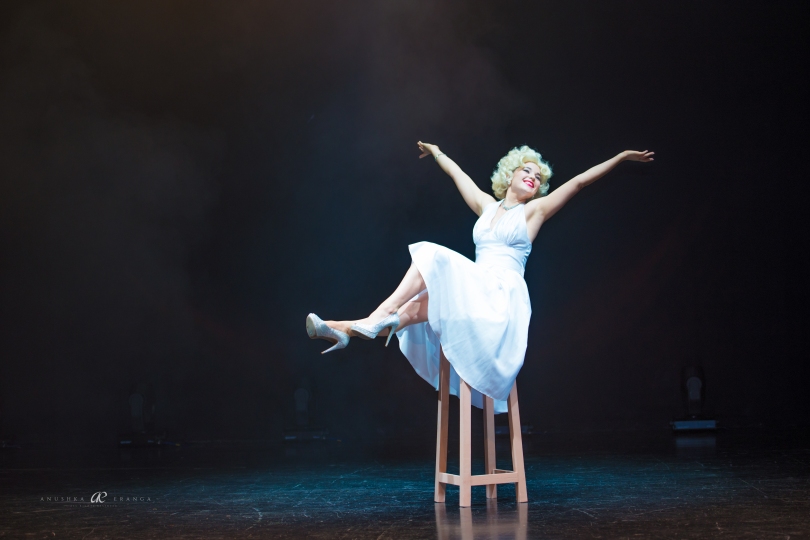 Burrows can hold the stage for the ninety minutes of the show’s stage time. More than holding it. She’s miked up, but clearly doesn’t need it for a small venue like the Tabard, and she’s intensely watchable. Her script is full of gags, interactions, and moments when she can drop into the character of one of her sirens. She plays off her musicians, too: pianist/cellist Alex Maynard, doubling as musical director, and Doug Grannell who as the double bassist is a wonderful standing straight man for several seductive gags.

Of all the live shows I’ve seen in the last few years, the closest comparison I have is Dame Eileen Atkins’ wonderful recreation of Ellen Terry’s lectures on Shakespeare’s women. Atkins is incomparable, but Burrows is trying (successfully) to do some of the same trick: to analyse while entertaining; to tell but also to show us what makes these characters, or real women and their screen personas, so special. She drops into sincerity, as herself and as her three sirens, with really powerful switches of mood.  (My plus one cried over Audrey’s story. And she’s pretty tough.) Burrows is certainly one to watch for the future, and this fascinating, entertaining show deserves to get bigger audiences.

As for the Tabard’s noises-off beer garden crowd? They’re a little overdone in comparison. I assumed England had scored at least twice while we were dreaming of the silver screen. Take a lesson from Audrey, darlings.