Thanks to an impressive line in comedy revivals, the Museum of Comedy, nestled at the top of New Oxford St in London, is the perfect place to launch a tour of the revered classic, The Goon Show. The Apollo Theatre Company have worked with Spike Milligan’s former manager Norma Farnes to select three of Milligan’s favourite Goon Shows to build their show around, with excerpts of one, The Dreaded Batter Pudding Hurler of Bexhill-On-Sea, being performed to a fortunate band of tea-fuelled reporters.

Norma appeared on stage to say a few words about Spike, confirming his reputation for sometimes being difficult, and his inventive brain occasionally enhancing his Goon Show anecdotes, to the extent of them being flatly untrue, much to her later shock! She also paid tribute to the BBC producer Pat Dixon, who persuaded his bosses to give the Goons a second chance after original producer Jacques Brown insisted, against the wishes of the Goons, that they record a pilot for what was originally called Crazy People without a studio audience, which was then rejected by the BBC.

Most of the Apollo cast have previously played comic greats of this era, with Spike being brought to life by Colin Elmer (centre), previously having toured as Kenneth Williams, Peter Sellers’ conduit, Julian Howard McDowell (left), having previously played Kenneth Horne in the Apollo’s excellent Round the Horne revival, and Clive Greenwood (right), here playing Harry Secombe, having previously appeared as Frankie Howerd. Tom Capper supports them as announcer Wallace Greenslade. 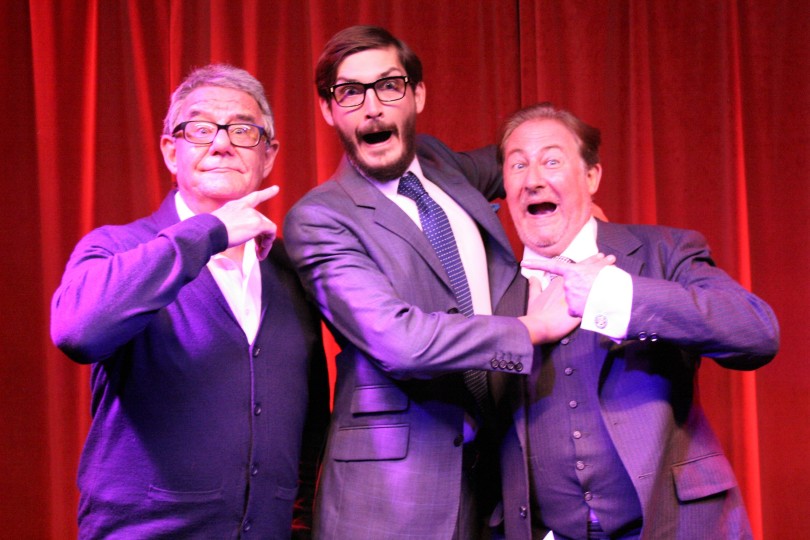 This year marks the centenary of Spike’s birth, so, to paraphrase Norma Farnes, what better time is there for a Goon revival? With the help of the excellent jazz duo Java Jive playing and providing live sound effects, the cast are hoping to recreate much of the anarchic atmosphere of the original recordings. Kicking off in Salisbury, the tour covers much of England before coming back to London for a special gala performance, featuring Lance Ellington, the son of original Goon Show bandleader Ray Ellington, with his band. The London performance also features a Q&A with a panel of special guests. If you fancy spending your evening with these particular Crazy People, now’s your chance! Tickets are available here.