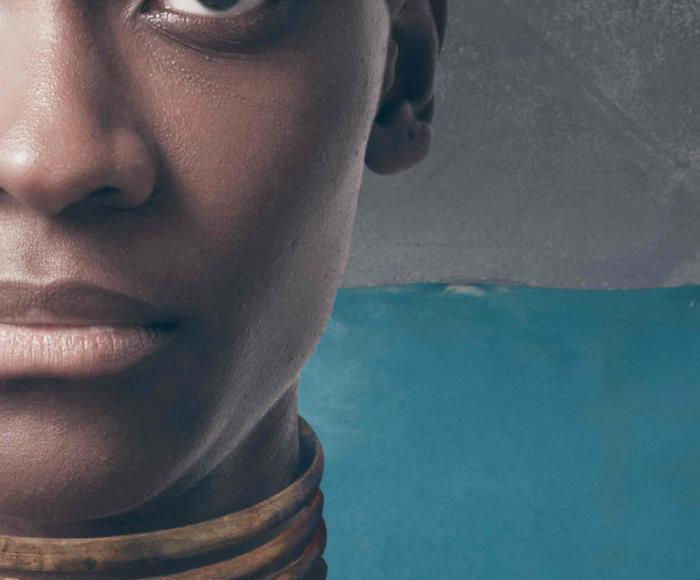 It’s a stupid sentence with which to start a review, but:

This play is very good.

In a nutshell, the plot revolves around the arrival of a young woman at a Christian mission station in Rhodesia (now Zimbabwe) in 1896. Fleeing an arranged marriage to a much older man, Jekesai swiftly embraces the freedom, justice, tea and English lessons offered by Christianity as represented by Chilford, the station manager/evangelist. However, her new beliefs are challenged when she discovers that Rhodesia’s white rulers have no interest in freedom, justice or forgiveness despite their Christian credentials.

So far, so straightforward.

However, the author draws from many sources in the construction of her play. Jekesai’s story is a direct reimagining of the Biblical story in which a young woman is taken from the culture of her birth, renamed Esther, and at a crucial point in the narrative uses her adopted culture to intercede for her people. 19th-century European theatre is also an important influence: Gurira acknowledges Shaw’s Pygmalion as an inspiration, and the set and many of the costumes are those of a standard late-Victorian drawing-room melodrama. This helps to underline the fact that the characters are themselves acting the parts of 19th century Europeans. I am certain that there is also a third very important strand of Shona storytelling underpinning the play, but to borrow a phrase frequently repeated by the characters, I am not in understanding.

The play does not end exactly where the audience might expect: it specifically calls for the decolonisation of Christianity. While it could be argued that Christianity is a metaphor for general European control and hegemony, the final set of the play, which replaces a white Jesus with images of people of colour who are revered as saints would suggest that the audience is expected to take the message at face value, as well as symbolically.

The acting, directing, costumes, sets are all excellent. In fact, the acting was so good that I barely noticed it. Nevertheless, for this review, the play’s the thing. It feels like the kind of thing which will quickly turn up on A-level and university syllabuses, (if it hasn’t done so already) but without any of the tiresomeness that such an accolade sometimes hints at. The story is easy to understand, but the telling of it is rich, the characters interesting, and the important questions posed left with many possible answers.

Additionally, I can imagine the play going down fairly well in conservative provinces which might otherwise baulk at a script which is both clever-clever and woke. This will enable Danai Gurira’s characters to enter into their adopted culture and plead their cause.

May they meet with success.

The Convert was on until 26 January https://www.youngvic.org/whats-on/the-convert