Danielle Ward’s The Half, which transfers to London after a sold Edinburgh 2018 run, is a brutal look at friendship, comedy and being a woman. Double Act Nell West (Anna Crilly) and Cathy Anderson (Margaret Cabourn-Smith)are reuniting after a decade of estrangement, doing a ‘Whatever Happened to Baby Jane?’ sketch for charity and seemingly the only women on the bill. Anderson has been the more successful of the two, living and working in LA whilst West who had the most potential finds herself in a bedsit. 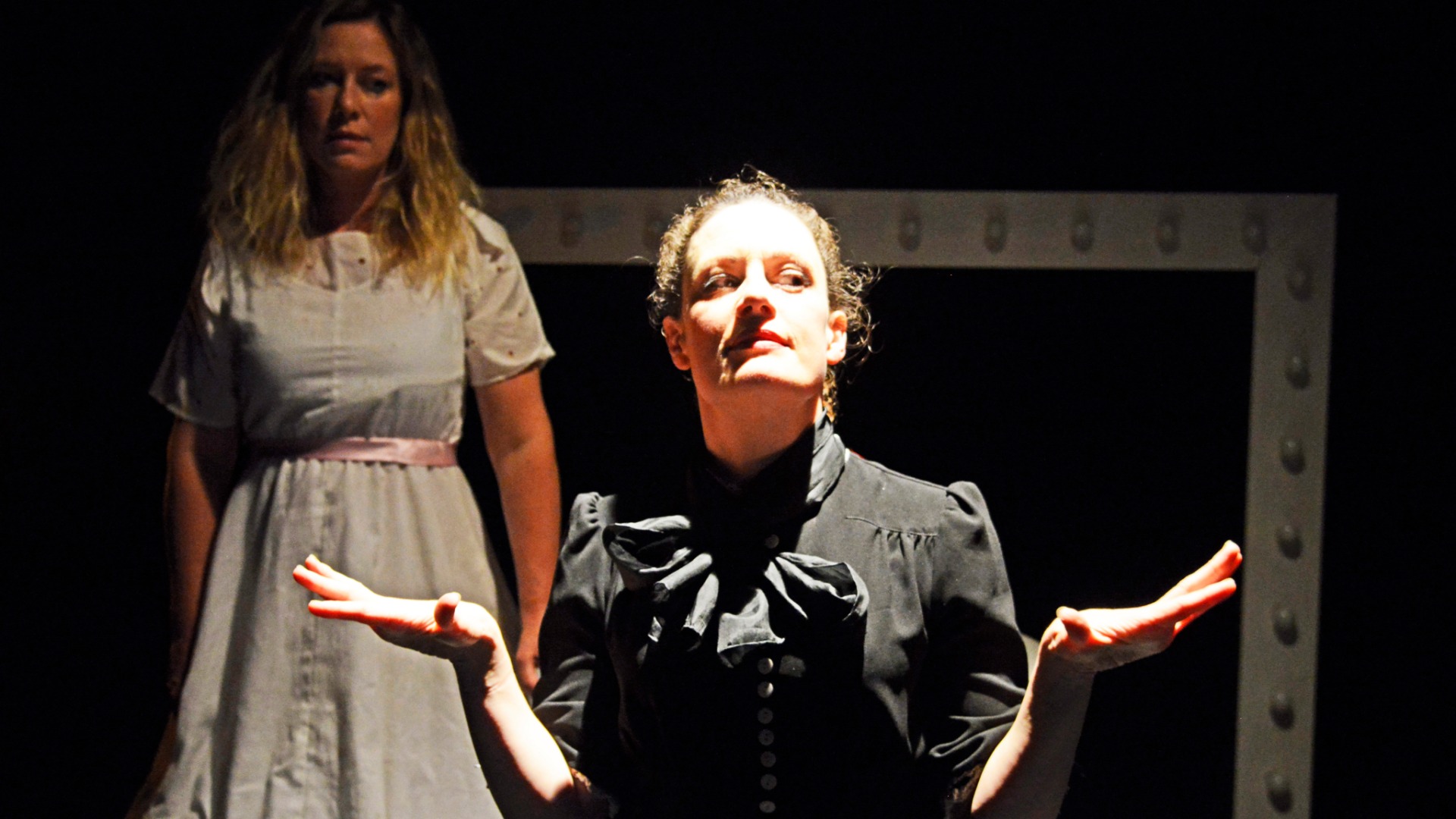 This is a no holds barred look at being a woman in comedy, from sexual assault, misogyny, and limited opportunities once you hit 30. Anderson’s LA role involves her at 37 playing the mother of a 29-year-old actor. West struggles to have it all, having always wanted to be a mother she finds herself a single parent early on in her career and none of the flexibility to swan off to LA with her friend and only nameless female roles. As West says the world doesn’t recognise her experience and knowledge as she worked her way up through the industry, just her age.

What makes The Half so interesting is that you see a twist coming but it wasn’t the one I expected. It is also brutal, Ward isn’t afraid to say “No, you cannot have it all” nor does she blame her characters for trying. Crilly, as a woman whose career is defined by missed opportunities, gives a moving performance as a woman who has taken too many wrong turns to go back. Cabourn-Smith is also excellent as the smug Cathy, who knows she only has the career she does thanks to West and her lack of commitments (as her many husbands and sex tapes show).

Anna MacGowan’s direction keeps the story simple, with only clothes changes for flashbacks to when they met and their emerging careers on the scene. I liked the references to Whatever Happened to Baby Jane?, a film often reference by female comediennes because it is one of the few with two strong female leads (apart from Thelma and Louise). This play has the makings of a script that could go down as a classic. It is one of the few fringe productions I have seen that has the depth for a life outside fringe theatre

I really enjoyed seeing a female-led show that was open about the issues women face in comedy but not to just blame the patriarchy, looking at the complexities of what women want and what women can achieve whilst remaining funny and warm before breaking its characters and audience apart.

The Half is on until 10 February https://vaultfestival.com/whats-on/the-half/